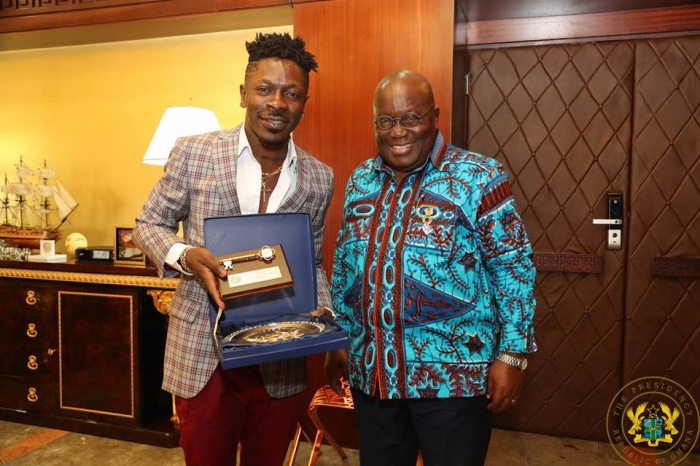 Speaking in an interview with Halifax Ansah Addo on Okay FM‘s mid-morning entertainment show ”Best Entertainment”, Bulldog explained that his artiste Shatta Wale has got the charisma to pull the masses than the President.

Days ago, Shatta Wale was at Hitz FM when a super fan who happens to be a mini van (trotro) driver trooped into the studios to gush about his idol.

Following what many have described as touching as the super fan nearly brought Shatta Wale to tears, the artiste stormed Circle on foot and pulled a massive crowd.

According to Bulldog, Shatta Wale is too big that he would steal the show if it were the President holding a rally at Circle in Accra.

”Shatta Wale is bigger than Nana Akufo-Addo…in terms of popularity. What we do as entertainment people or people on TV, we’re miles ahead of all these politicians,” he stated.