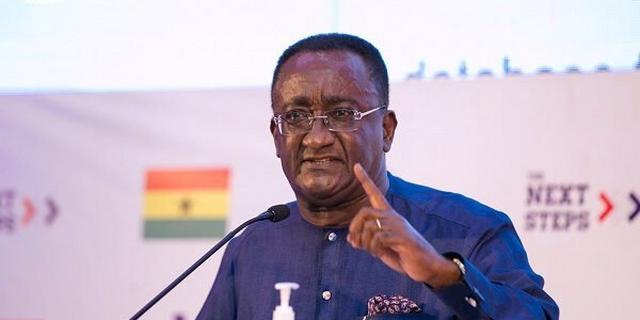 The current increase in food costs, according to Dr. Owusu Afriyie Akoto, Minister of Food and Agriculture, is the result of vendor profiteering.

He claimed that the majority of food prices in cities had tripled.

According to him, urbanites might, for example, pay 150 for a basket of tomatoes in the country and then sell them for 400.

“We are not experiencing a food scarcity, and this is not the cause of the issue with the high cost of food. There is enough of stock and corn not even for this year, this year’s harvest is still to arrive, we are talking about leftover last year’s harvests, he added. “You go to the producing regions, and you will see precisely what I am talking about.”

“The problem is, you go and purchase, for example, a basket of tomatoes for 150, and by the time it gets to Kumasi, it suddenly becomes 400, so there is some profiteering going on,” said a local.

The minister said that the government’s “growing for food and employment” program ensures that food is not a problem in Ghana.

He warned that without “Planting for Food and Jobs,” Ghanaians will face the same food insecurity as their West African neighbors.

“Our neighbors throughout West Africa are now coming to Ghana as the bread basket to select our surpluses,” he stated.