There has been an outcry by agitated Ghanaians on social media and off social media with many expressing their disapproval in the systems and governance of the New Patriotic Party, NPP, led by President Akufo Addo.

D-Black has taken to social media to share his thoughts and perhaps his woes over the state of the economy which is largely affecting him and his fellow brothers and sisters and seeks immediate remedy.

Sighted on his Twitter page, The Enjoyment Minister as he proudly touts himself exclaimed that Ghana has become hard and the government is not helping the people as they promised.

D-Black bemoaned the lack of jobs and incentives for the lower class and the depreciation of the cedi adding that the economy is not doing well on numerous fronts. 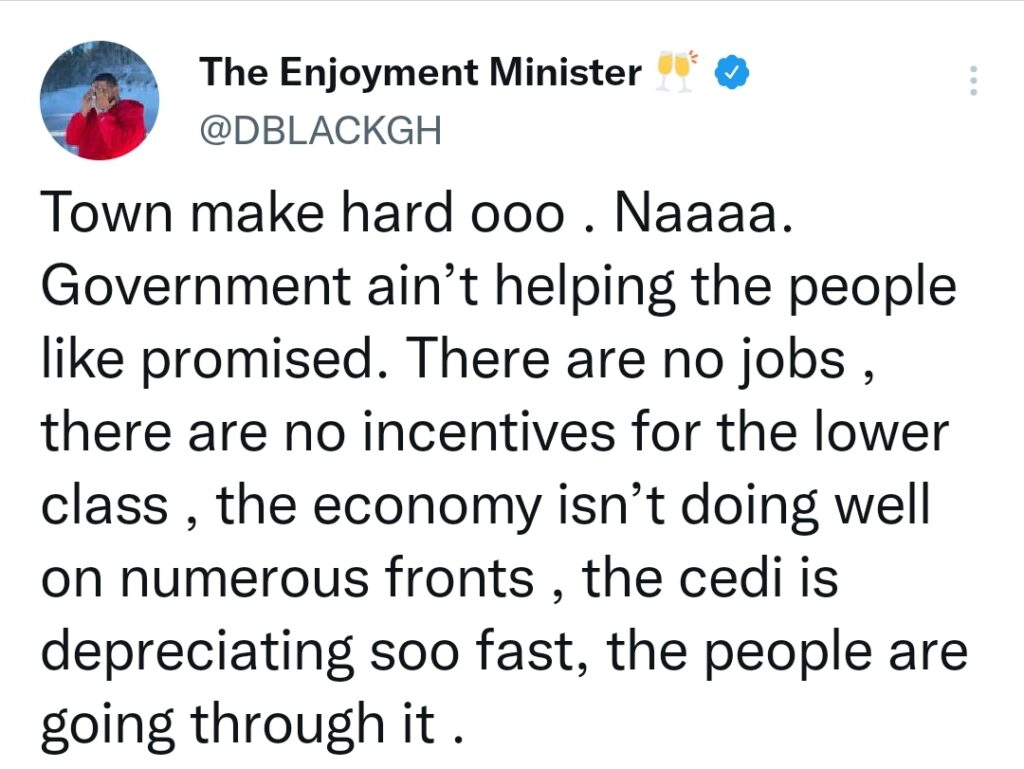 Previous I SLAPPED HIM BECAUSE HE WAS ABUSING MY SISTER’- Afia Schwarzenegger
Next DOLLAR IS ALMOST 8 CEDIS AND BAWUMIA AND HIS PEOPLE ARE CLUELESS, WHAT A TIME- Lydia Forson