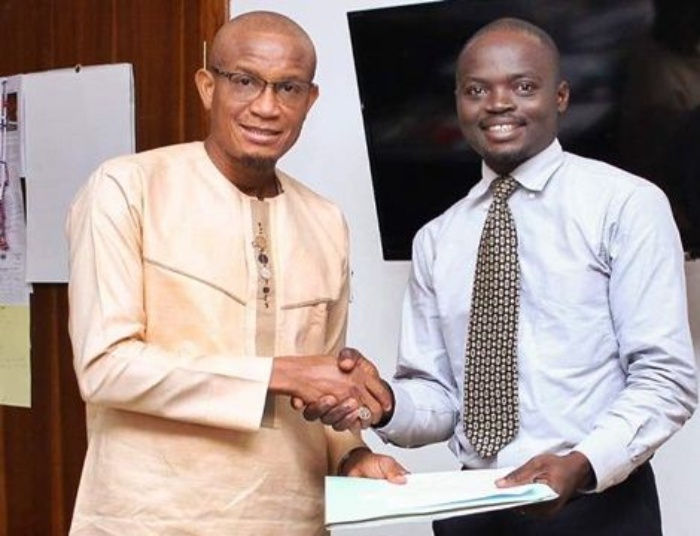 Two broadcasters, Messrs Tommy-Annan Forson and James Kwasi Oberko, have made a complaint against three television stations in Ghana for showing films with pornographic scenes on their channels.

The two, on Monday, 12th June, 2017, presented their complaint to the National Media Commission and the Ministry of Information against TV XYZ, Ice TV and Thunder TV, for showing these films to their audience.

“We have realized that these TV stations are showing things that are against the media commission’s standards and as concerned citizens, we thought it wise to make a complaint to the right authorities, to prompt them to take the necessary actions,” James told citifmonline.com.

In his response, Mr. George Sarpong congratulated James and Tommy for taking such a bold step in the interest of Ghana and assured them of their support.

“I want to thank you for the effort that you put into this and I hope that we will get back to you. In fact, this gesture shows there is a lot of hope for the media landscape,” he stated.

After that, they also sent a copy of the complaint to the Minister of Information, Mustapha Hamid, who also lauded their move.

Messrs Oberko and Annan-Forson said they would later serve the National Communications Authority, the Chief Justice and Speaker of Parliament copies of their complaints.

Tommy Annan Forson is a doyen of broadcasting with over 40 years experience. He has through his radio school, RABODEF, trained a lot of successful broadcasters in Ghana.

James Oberko is also broadcaster of more than 10 years experience, who is currently an administrator at the Kwame Nkrumah University of Science and Technology.