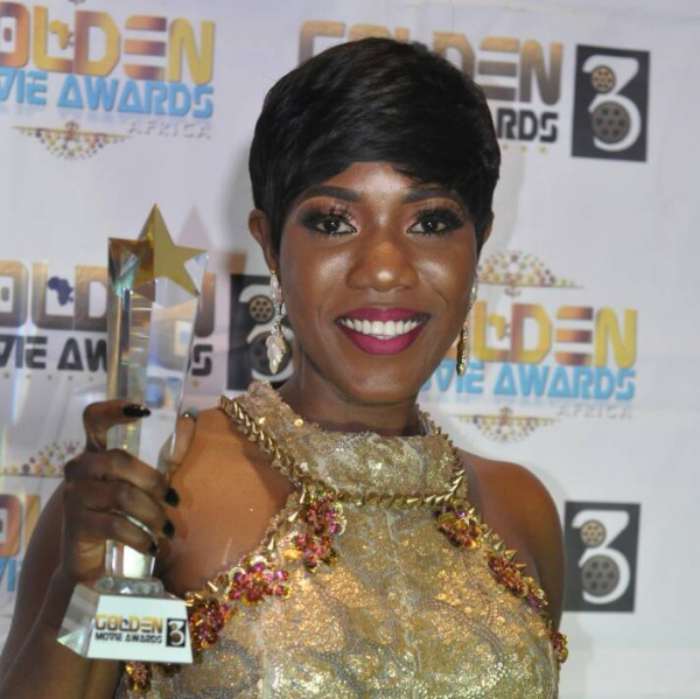 Victoria played a lead character in a short film titled “Bitter Sweet Wine”, and the film which is yet to be released won the ‘Golden Short Film of the year award’ at the 2017 Golden Movie Awards held on Saturday July 22, at the plush Movenpick Ambassador Hotel in Accra.

Victoria who received the award with her co-star Anthony Woode and the Director of the film Justice Ornan Abadah expressed her appreciation “We are overwhelmed and we appreciate the fact that we have this award. To those that believe in us or not, we are going to make you proud”.

Bitter Sweet wine film is about James (Anthony Woode) who decides to surprise his girlfriend (Victoria Lebene) on her birthday night with gifts.

“Bitter Sweet Wine” follows this two as they have a long night expressing love, pain and also revealing their cheating escapades. The short film is set to be released online on 1st of August 2017.

Check out more pictures from the awards. 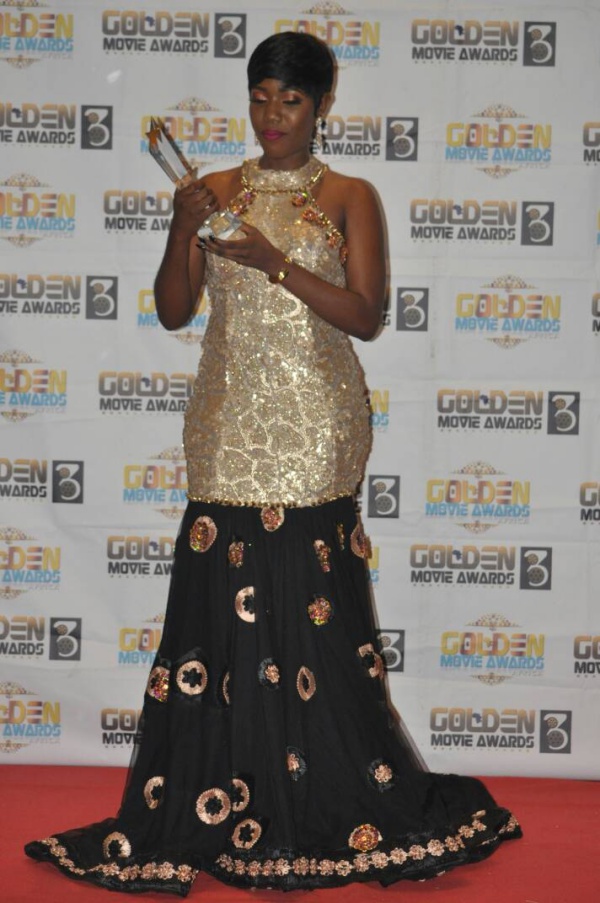 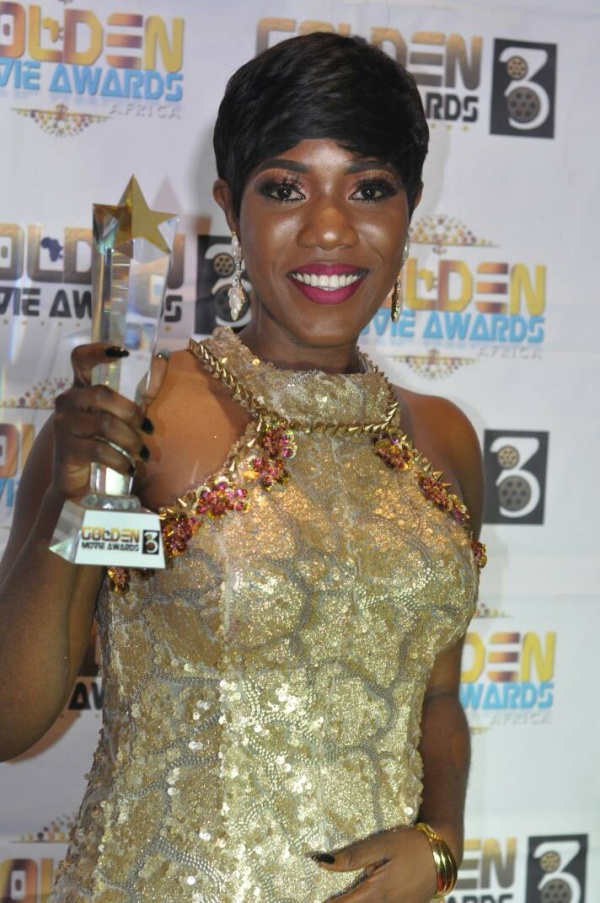 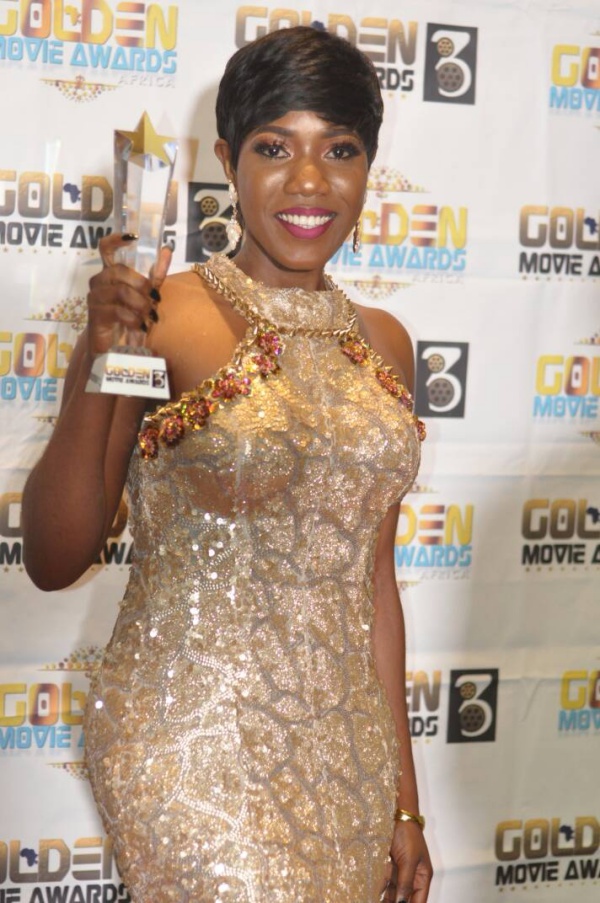