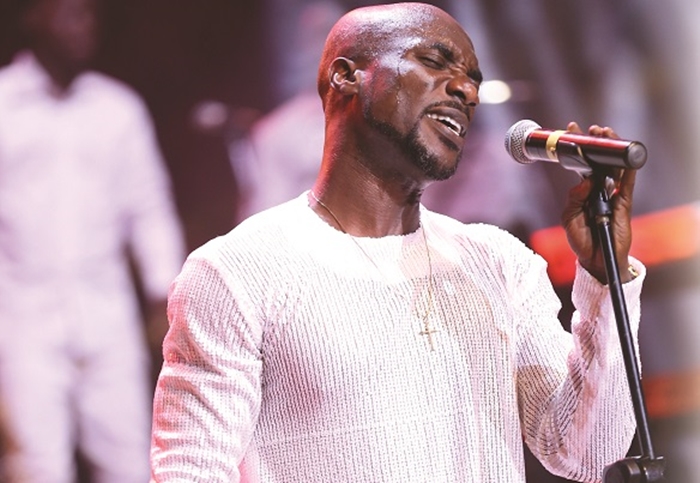 In spite of his divorce rumors and a possible court injunction which was later thrown out by court, Highlife Singer Kwabena Kwabena gave patrons of his “Vitamilk Love Night” concert a great musical experience.

Kwabena Kwabena defied the low turn-out at the National Theatre to give a splendid two hour performance worth the money of all who attended.

Aside the general excitement throughout the event, as Rapper EL, M.anifest, Hiplife trio Dunsin and others took turns to perform, what caught our attention was during Kwabena Kwabena’s last performance.

He saved the best for last and performed his smash hit “Adult Music” to closed the show and guess who took to the dance floor- Frema Ashkar.

Frema has refused to publicly respond to the allegation but her passionate dance during Kwabena’s performance is perhaps a silent response to tell haters that she is unperturbed with the husband snatching allegations against her.

Previous DKB DEFENDS GEORGE QUAYE OVER BRIBERY ALLEGATIONS
Next “I AM A SERIAL CHEATER!…I CHEATED ON MAIMA”- Ice Prince Reveals