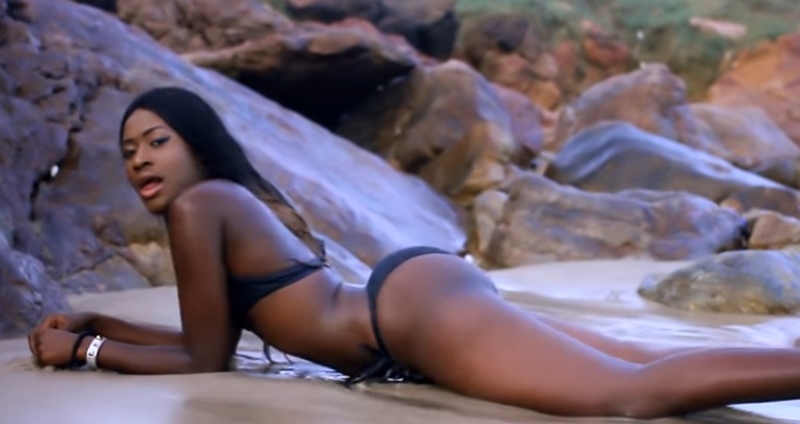 A music video by Rapper Tinny for his single “Baddest Girl” which was shot in 2015 has been leaked online.

The video which stars fast rising star Fela Makafui of YOLO TV series fame has been released against the will of the actress, who has pleaded with Rapper Tinny not to release it because of some raunchy scenes including going topless.

According to reports, Tinny agreed not to release the video but somehow the video has been released online.

Watch the video below:
Source: NKONKONSA.com

Previous DELAY THREATENS TO SUE ANYONE WHO TRIES TO COPY HER STYLE
Next Photos: ABEIKU SANTANA ‘SMOOCHES’ KOFI ADJORLOLO’S WIFE-TO-BE