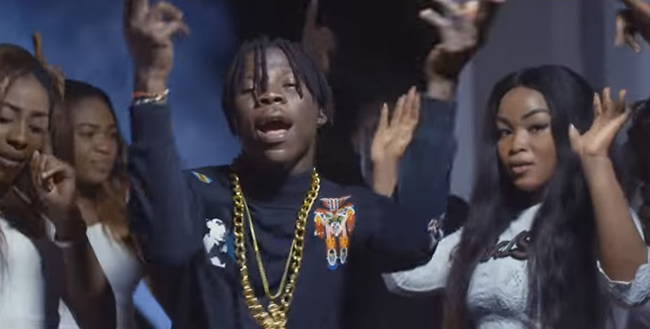 Opening shots of the video was shot at Togolese soccer Emmanuel Adebayor’s residence at Trasaaco in Accra, Ghana. In the video Stonebowy was by the pool sized of the mansion, the entrance and even used one of Adebayor’s vintage cars.

The video is quite a simple video  directed by Lex McCarthy, who is gradually making a name for himself as the go-to-Ghanaian-music video-director and the song was produced by Stonebowy’s very own Beatz Dakay.

Checkout the new video below: