Watch: TONTO DIKEH REVEALS HOW SHE WAS PHYSICALLY ABUSED BY HER EX-HUSBAND 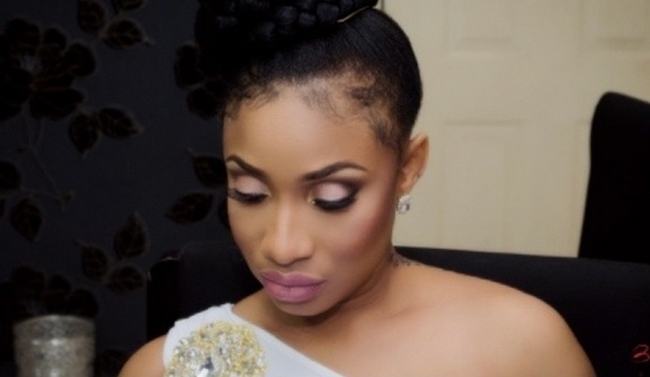 Nigerian screen goddess Tonto Dikeh has finally decided to let all about her failed marriage out.

In an exclusive 34 minutes, 56 seconds video interview with media personality, Azuka Ogujiuba, actress Tonto Dikeh wept as she spoke about her failed marriage to her estranged husband, Oladunni Churchill.

According to the mother of one, she does not regret her marriage and didn’t grant the interview to discredit her ex-husband but rather to encourage people who have gone throw what she experienced in her marriage to come out and speak openly about it. She stated that she indeed suffered domestic violence while she was with Churchill.

She went ahead to show photos and even a video evidence of herself after she was allegedly physically abused by her ex husband. Adding that some time ago when they were in Ghana, she had to run naked to the Nigerian Embassy after he had physically abused her.

Tonto revealed in the interview that associating her with drugs is the most hurtful misconception people have of her, since the news of her marriage break up hit the internet.

She also stated among other things that she is aware that her ex-husband’s PA, Rosey Meurer is sleeping with him and she denied allegations that she physically assaulted her mother in-law.