WHY WILL SOMEBODY TRY TO TAKE THE LIFE OF STONEBWOY? – Manager Ask 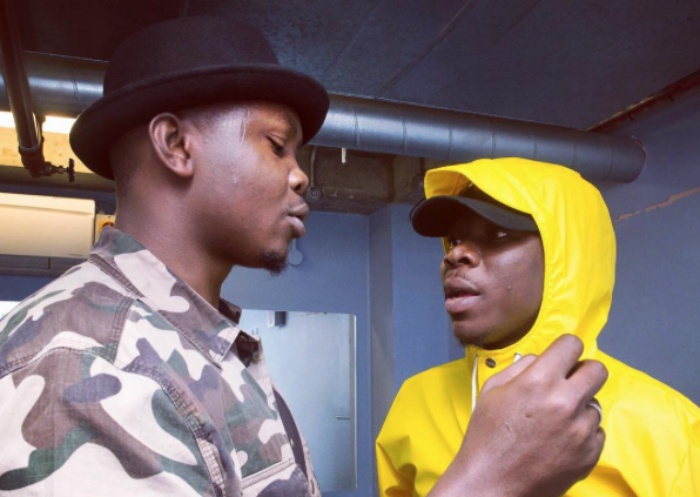 Management of award winning Dancehall Singer Stonebwoy has spoken after his wife sustained an injury as a result of a knife attack at his concert.

Blakk Cedi, manager of BHiM Nation president, Stonebwoy has broken his silence after the unfortunate incident which happened at the Sakasaka Park on Saturday, September 30, 2017 at this year’s ‘Ashaiman To The World’ concert.

After several reports on the incident hit the Internet, most people blamed the obvious security breach on Stonebwoy’s management but head of Stonebwoy‘s manager thinks it is not necessary to point accusing fingers at this time.

The artist manager real name Mohammed Sidi is not happy about the public blaming Zylofon Media, Stonebwoy’s management and security men who were present at the event for the misfortune.

Blakk Cedi poured his heart out on social media this morning, saying the unfortunate incident is just an accident and not an attack on anybody’s life.

“IT IS UNFORTUNATE THAT SOME ON SOCIAL MEDIA CHOOSE TO BLAME THE MANAGER, ZYLOFON MEDIA,SECURITY STAFF AND THE TEAM AROUND, BUT I HOPE THAT THEIR ASSERTIONS WILL NOT SOW ANY SEEDS OF DISCORD AMONG US. I FEEL THAT WE HAVE A VERY LOYAL AND SUPPORTIVE STAFF AND I PRAY THAT THE TEAM WILL REMAIN COHESIVE AND THAT NO DISHARMONY WILL STEM FROM WHAT HAPPENED TO OUR QUEEN. I WANT TO BELIEVE THE INCIDENT THAT HAPPENED AT THE VENUE WAS AN ACCIDENT RATHER THAN SOMEONE TRYING TO ASSASSINATE OR STAB OUR ARTISTE.IT WAS ALL LOVE ON THE NIGHT AND ALL THE NUMBERS WERE PRESENT BECAUSE OF STONEBWOY. (NOW THE BIG QUESTION IS ,WHY WILL SOMEBODY TRY TO TAKE THE LIFE OF STONEBWOY AT A PLACE WHERE HE’S GOT EVERYBODY THERE TO DEFEND HIM?). SECURITY BREACHES OCCUR EVEN AT THE WHITE HOUSE AND BUCKINGHAM PALACE, SO IT COULD ALSO HAPPEN AT SAKA SAKA PARK.”

The incident happened few minutes before he stepped stage, when an unknown assailant who tried to attack Stonebwoy missed his target and cut Louisa, Stonebwoy‘s wife.

His wife Dr. Louisa Ansong has been hospitalized and currently receiving medical attention.