‘YOU WEAR TIE AND DYE YET CRITICISE RICH PEOPLE, YOU DON’T EVEN HAVE SENSE’ — Shatta Wale Slams Arnold Asamoah Baidoo For Criticizing Him

The long-running rift between Shatta Wale, a dancehall singer from Ghana, and Arnold Asamoah Baidoo, a well-known entertainment commentator from Ghana, is now taking on new dimensions.

The outspoken musician recently issued a warning to Ghanaian bloggers and journalists for consistently publishing and airing incorrect information about him.

His claim drew a stinging retort from his former banter partner, Arnold, who ordered Shatta Wale to stop being a hypocrite on the same show (United Showbiz) where they had clashed previously.

Arnold said on United Showbiz on Saturday, July 16 that, “Shatta Wale himself benefits from the news he is now referring to as false because it keeps him relevant in the industry. Hence, he always does bad things so he can trend.

“Shatta Wale should stop complaining about the negative stories as it has also helped his career as a musician.”

Arnold’s remark infuriated Shatta Wale, who in response told Arnold to be silent because he lacks common sense and insulted him.

Shatta Wale once more urged Arnold to keep quiet in a series of remarks on his Facebook wall on Sunday, July 17, which were seen by this portal since Arnold is a down-and-outer who consistently dons flimsy tie-dye shirts.

“Arnold of UTV fame pls when you talk sense in your mind pls keep it for yourself ok cuz all the sense is nonsense. I need you one on one again to show you how to talk cuz this sense that can’t buy house and proper living dierrr is very nonsense. I mean you don’t even have sense at all to advice a money making sense nigga like me ..Stop lying to your brains, you are killing yourself with nonsense slowly. You can’t even be my English teacher more less my business associate. Your English won’t bring shit to me …Keep wearing that tie and dye to advise rich people ..Thank you”, Shatta jabs in a post. 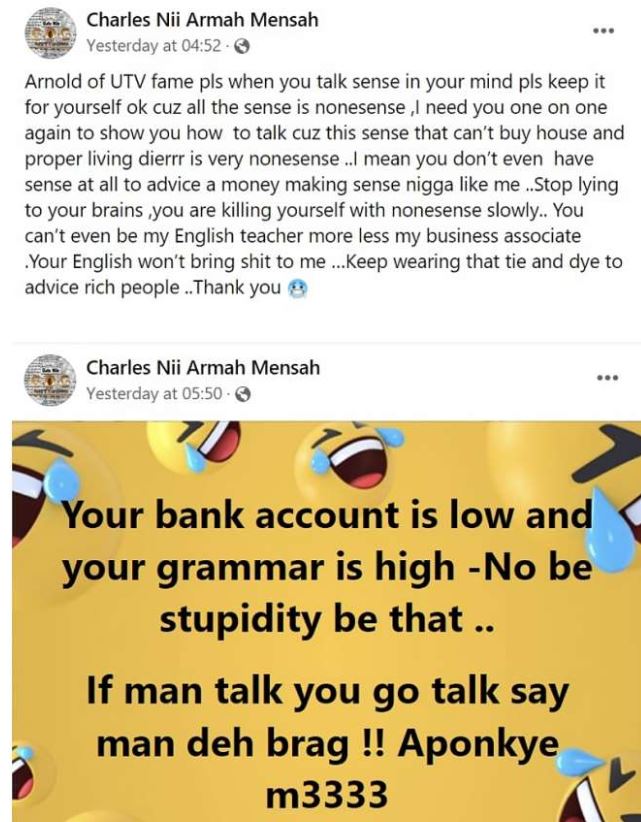 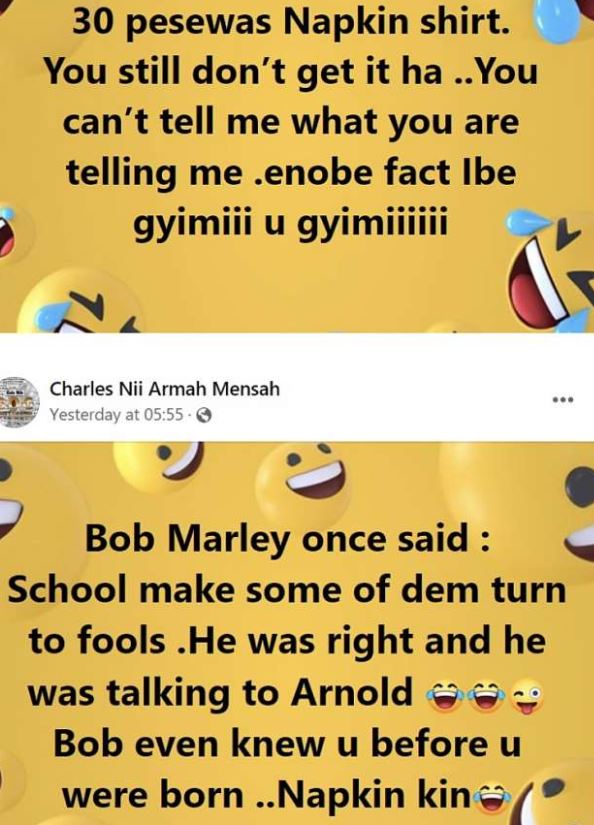 Previous RICHMOND LAMPTEY’S MUM WEEPS ON LIVE RADIO OVER MIDFIELDER’S BAN
Next I HAVE NO PLANS OF GETTING MARRIED AND HAVING KIDS, MY FOCUS IS MAKING MONEY – Fantana Reveals