The beef between controversial media Personality, Afia Schwarzenegger and music executive, Ayisha Modi has gotten fiercer than we thought as they have now resorted to invoking curses on each other.

The two who already started a feud due to Moesha’s condition reignited their beef after Rev. Obofour was made a GA Chief.

Afia’s first comment about this got Ayisha Modi replying with anger and claiming Afia usually begs for her daughter Pena.

Afia Schwarzenegger unleashed serious curses on Ayisha Modi for what she had said, and now Ayisha Modi has also replied with same cur$es saying Afia is going to die from her own cur$es. 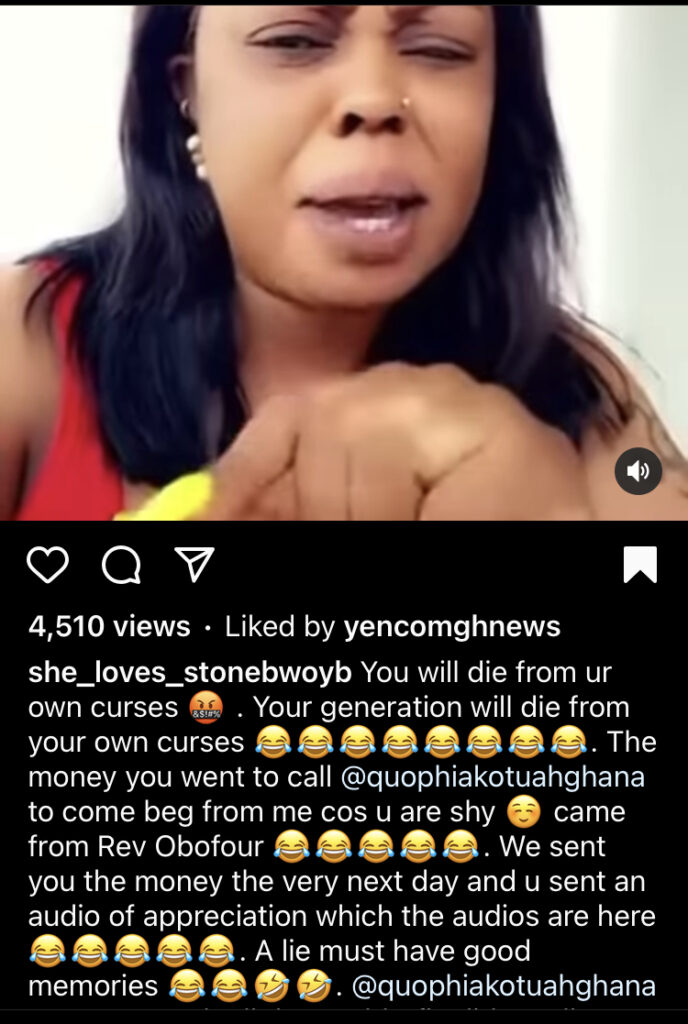