YOUNG MAN NANA ABA ANAMOAH FOUND A JOB FOR ARRESTED AFTER STEALING GHC 100,000 FROM HIS WORKPLACE

One of the guys media personality, Nana Aba found a job for has apparently teamed up with his friends to steal a whopping GHC 100,000 from his employer.

The business owner who is Nana Aba Anamoah’s friend has informed her that he’s gotten the guy arrested this morning.

According to the employer, the young guy was earning Ghc 4500 monthly salary but he still went ahead to steal from him.

Disappointed Nana Aba Anamoah wrote on social media; ‘I’m so ashamed. This is unfair to me. I don’t deserve this. I am so done!’ 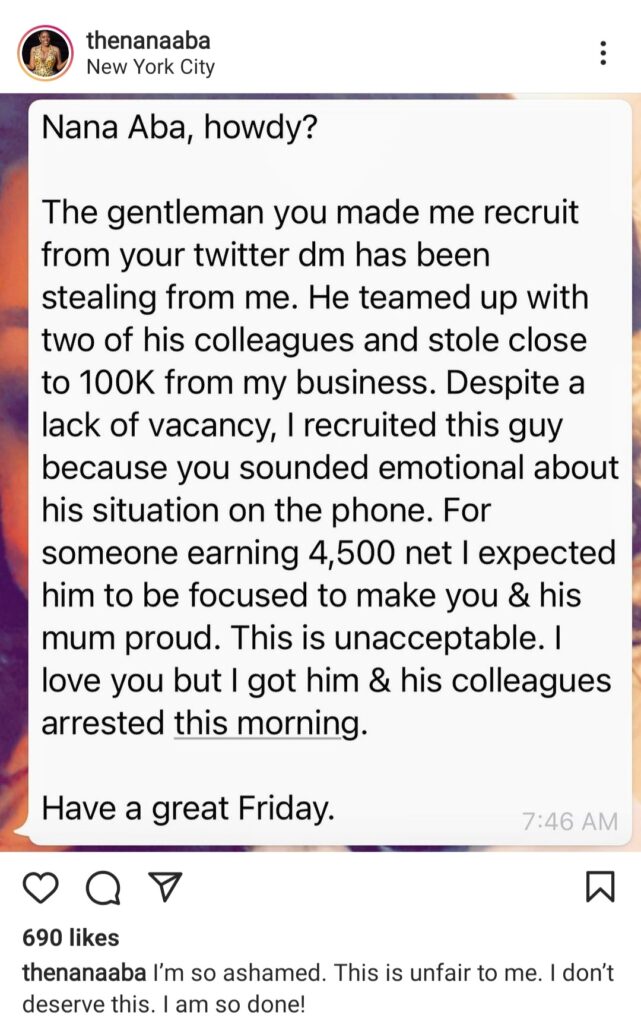 Previous “I AM SOO ASHAMED” – Nana Aba Anamoah Gives Up On Helping People, After Man She Helped Stole From His Boss
Next GUINEA COUP LEADER MAMADY DOUMBOUYA SWORN IN AS PRESIDENT