‘$1 IS NOW GHC 6.1 WHO IS BEING EXPOSED NOW?’ – Efia Odo Mocks Bawumia Over ‘Weak Fundamentals’

Ghanaian actress and video vixen, Andrea Owusu popularly called Efia Odo has taken to the streets of Twitter to mock the vice president, Mahammudu Bawumia over the current state of the cedi.

Efia Odo bemoaned how the cedi has depreciated exponentially citing that a dollar is now 6.1 Ghana cedis and she walked Ghanaians into the past when Bawumia made a statement about the exchange rate during ex-president, John Mahama’s regime explaining how one can be exposed by the exchange rate if the fundamentals are weak.

She quoted him saying;

“If the fundamentals are weak the exchange rate will expose you. That was true then and it’s true now” VP Bawumia $1 is now 6.1 Ghana cedis, who’s being exposed now?” 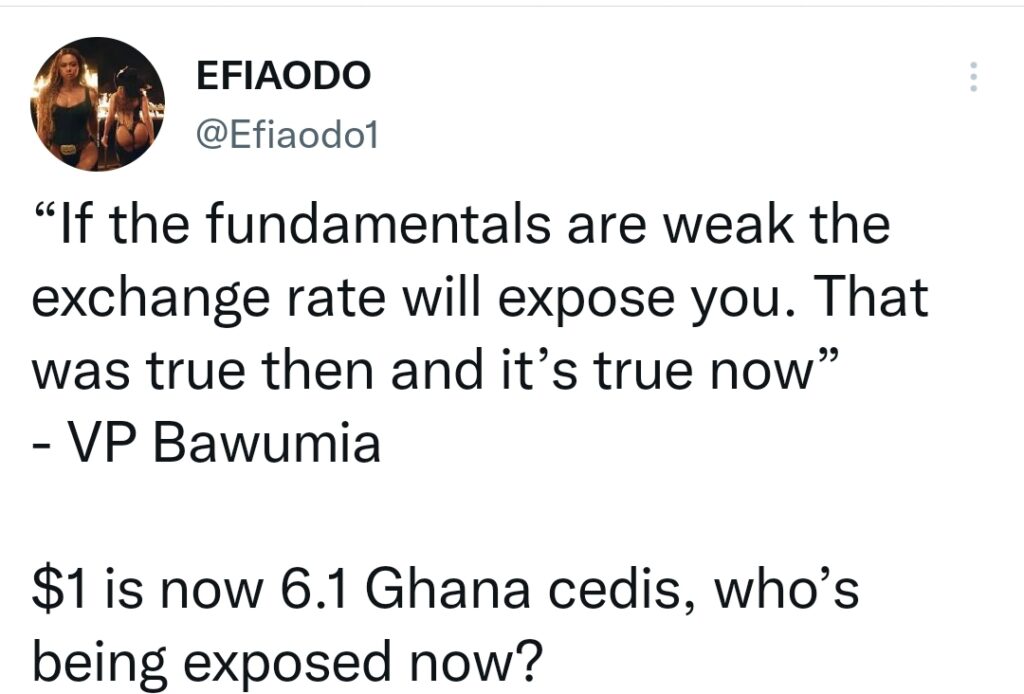 Previous I DIDN’T HAVE A DREAM WHEN I WAS GROWING UP – MzVee
Next VICTORIA LEBENE UNVEILS HER FIRST OFFICE, THE SKIN POP SHOP