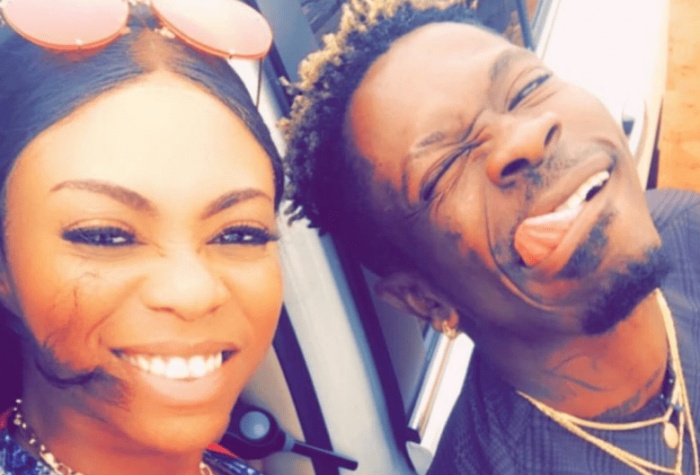 Diamond Michelle Gbagonah, the ex-girlfriend of Shatta Wale and mother of his son, has added her voice to the congratulatory messages being thrown on social media for the singer.

Michy, as she is now known, spoke about Shatta Wale following the release of the official video of the “Already” song with Beyonce on July 31, 2020.

Speaking in an interview with Nkonkonsa, Michy said she was very proud of her Taking Over crooner following the international collaboration.

According to her, they (Shatta and herself) already spoke of a moment like this during the singer’s struggling moments in his residence at Nima on their “2 by 4 student’s mattress”.

“These are the things we talked about before this day came on the 2 by 4 student bed in Nima,” Michy recounted.

She stated that Shattawale has shown the “power of what true manifestation is,” as it is obvious that he had dreams of making himself proud one day.

Weeks ago Shattawale spoke in an interview on Peace FM, where he showered lots of praises on his baby mama for her clear exhibition of maturity following their split.

According to Melissa singer, Michy has not even for once spoken ill of him even though their relationship did not really end on so much of a good note. Shatta Wale and Michy split many months ago following so many speculations about their relationship.

Both of them have not really come out to categorically state the main cause of their unfortunate split. The duo has a son, Majesty, together who they both love and adore very much.
Watch the full interview below: