A post made by Krobea Kwabena Asante on Facebook revealed that the spokesperson of the Vice President, Dr Gideon Boako, paid a visit to the presenter who interviewed Mr Adjeteyfio to donate GH¢50,000 to the actor.

This comes after the Taxi Driver TV series actor, in a viral interview, appealed for ¢3,000 to enable him to pay his rent or risk being evicted.

TT, as he is popularly called, revealed that after years of his acting career, he had nothing to show for it and now survives on the benevolence of others. 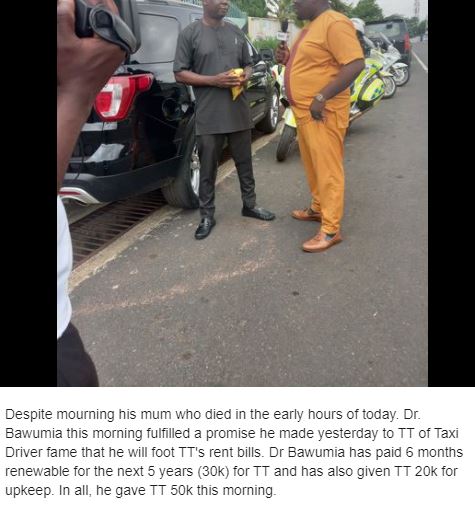