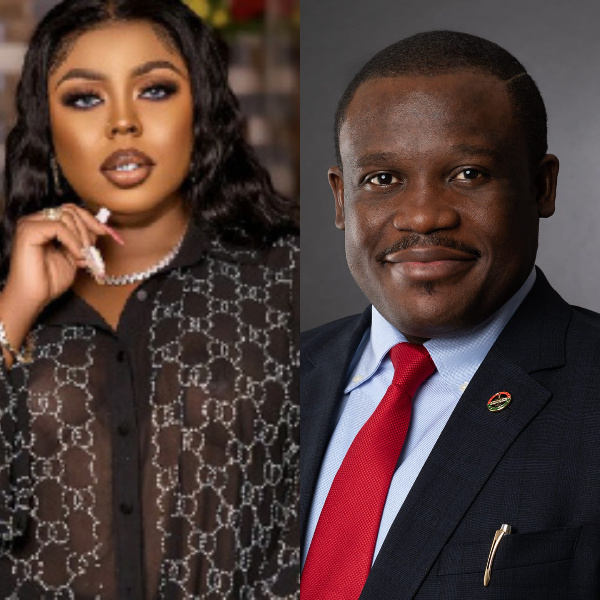 Valentina Nana Agyeiwaa, better known as Afia Schwarzenegger, has issued a strong warning to Sam George in response to his remarks regarding the barren attack on Delay.

Amidst the beef, Afia Schwarzenegger went too far as she described Deloris Frimpong Manso, aka Delay, as a barren woman.

Afia Schwarzenegger, who was thrust into the spotlight by Delay, demonstrated her ungratefulness by mocking Delay for not having a child or a boyfriend to warm her bed. She stated that she is too busy caring for her children to get into pointless squabbles with Delay.

He wrote; “But is she really barren? Is that a factual statement? Not as far as I know. Utterly distasteful commentary. Ah well, off to eat my chicken biryani with roti bread. ”

In response, Afia Schwarzenegger sent a strong warning to the politician, pleading with him to drop her animosity against Delay. She threatened to make the politician unhappy if he continued to meddle in her affairs with Delay.

She wrote; “Someone should warn and the word is warn Sam whatever George..As for me I will assist you to trend…I am warning you. If you don’t want a peaceful June try me!!!!. Social Media Mp,what’s your business in women’s fight?? Did you tell your wife before jumping in this gutter,? Its about to be a swimming competition in the gutters..TRY ME!!! You see the slaps your mouth earned you…use that same energy on your fellow men who slapped the living day light out of you on national TV.”