The Member of Parliament for North Tongu in the Volta Region, Hon. Samuel Okudzeto Ablakwa has refuted multiple reports claiming that the E- levy Bill had been passed.

According to Samuel Okudzeto Ablakwa in a post on Facebook, the Supreme Court’s decision overpowers the ruling of the majority in power.

“You thought we will give you the pleasure of returning to court for a declaration that the Assin North MP shouldn’t have been present in the Chamber to vote so that you can claim a 137-136 victory for the E-Levy.

With our strategic walk out, you fall short of the required 138 quorum under article 104(1) of the 1992 Constitution and as affirmed by the Supreme Court in the recent Justice Abdulai case.

There can be no contention about Hon. Adwoa Safo’s absence from today’s proceedings.

Trust your NDC representatives, we have a conscience, and we know that the real power belongs to you.

Going by the Supreme Court’s decision, the E-Levy has not been passed. What transpired today is a ridiculous nullity!” 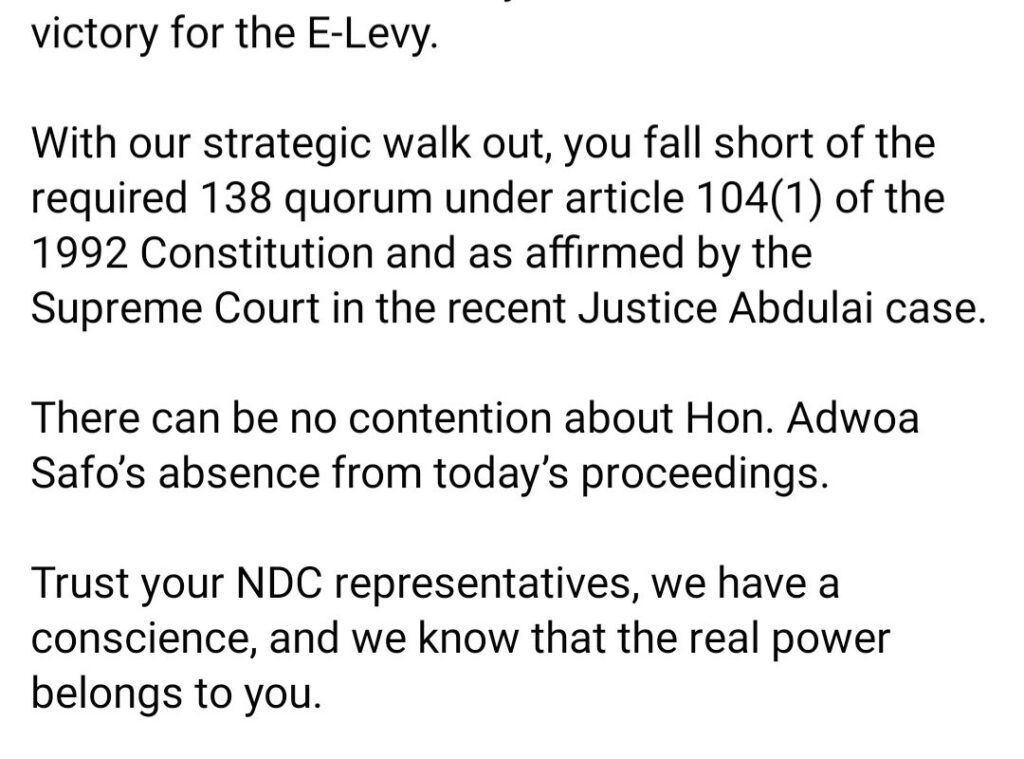