Nancy Adobea Anane of GHOne has angered fans as she moved to competitor TV3 despite her close relationship with GHOne owner Nana Aba Anamoah.

Remember that Media General stated on Wednesday that they had hired the articulate media personality who goes by the name Ms. Nancy to work for them.

Some people, on the other hand, have criticized the move, claiming that Nancy should have been guided by loyalty rather than the large sums of money that were waiting for her at TV3.

Ms Nancy has been called a betrayer by actress and video vixen Adu Safowaa in this regard. Ms. Nancy, she claims, betrayed her best friend Nana Aba Anamoah by obtaining a job with a media company.

She added that Ms. Nancy was free to work at any media house except for TV3 because that was her best friend Nana Aba’s past platform.

….Any other platform equal to TV3 would be great but not your friend’s past platform. People don’t care about hurting another anymore. Ghana entertainment industry, 90% lacks loyalty….n its a FACT”.

Ms. Nancy will now join the likes of Berla Mundi, Giovani Caleb, Anita Akuffu, Cookie Tee, Dela Mitchelle, and others who also left the umbrella of EIB for Media General. 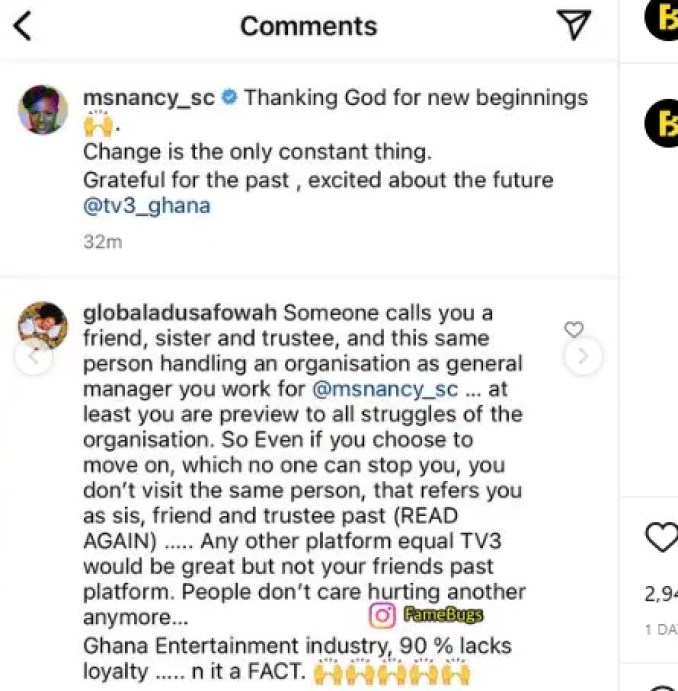 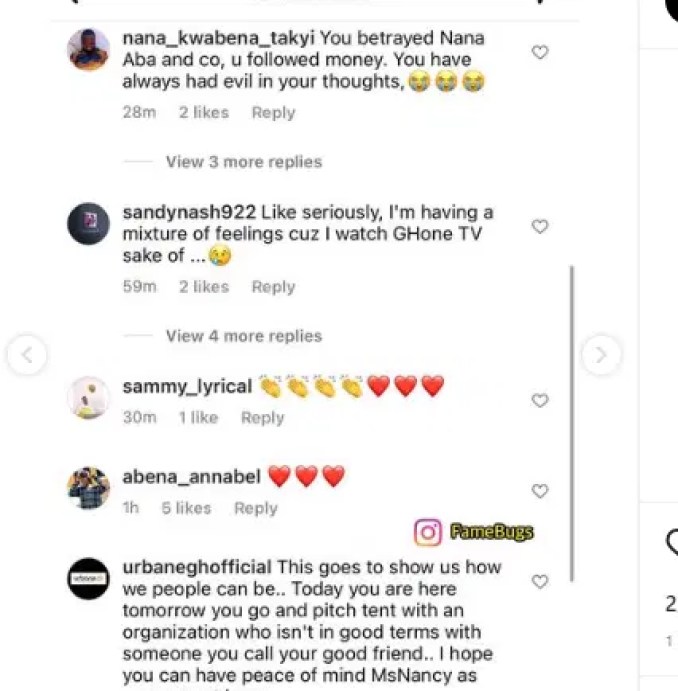