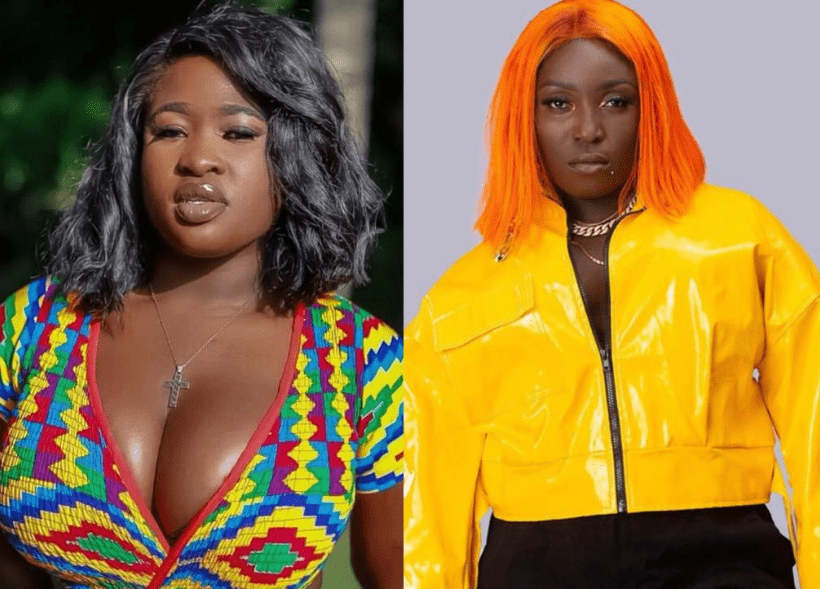 Ghanaian songstress, Sista Afia seems to want to spark another fight with rapper Eno Barony after she ‘trashed’ her in their first lyrical war two years ago.

In a lengthy post, she shared on Facebook, Sista Afia said mocked Efia Barony saying her career has turned into ‘beans’ which means it has died.

Ironically, the post which was meant to elevate female artistes and make them more conspicuous in the mainstream instead of playing second fiddle to their male counterparts despite their quality- aimed a shot at Barony for not sustaining the hype she gave her a few years ago.

Her post punched holes in the voting system that has become the barometer for determining who wins what at the existing award shows in the country.

Her post read; “In a country where award schemes are organized and don’t “favor” female musicians, you wonder why some female talents give up in this country called Ghana.

90% of the female musicians I came to meet when coming up in 2015 have all given up, the young ones too after me have started giving up already. Don’t blame them, the politics in this industry, purely witchcraft. Only few are still relevant, I can count five or maybe 6 ladies. One female rapper I helped win her biggest award in her entire music career did media tour and downplayed my effort, the whole industry came supporting her and she forgot what I started, helped put her there.

Thing is, I wanted to warn her that all those praising her today won’t do that when the hype dies, but since she felt she was there, she enjoyed the hype and acted ungrateful, today I can confidently say she and her music all turn beans, where’s that industry support today? Last year Sefa was everywhere, is the industry saying if she doesn’t buy vote (airtime) she won’t be awarded? Scam. She held a successful concert in HO and myself together with other musicians were there to support the event. Yet they will go ahead and pick someone else.

As if women don’t matter in awards, pathetic Gyakie, this girl def need to pick up something at least from VGMA y’all can’t say you didn’t see her win in every angle. Both locally and internationally. Sometimes fkkk the “vote for your favorite artist by using this short code” and give the award to who deserves it.

I know sometimes it’s difficult setting up award events, dealing with artists managements and the stress in seeking for sponsorships, after all that stress, you want to make money too cos you don’t want your hustle to be in vain, that’s fine and understandable. However, the thievery shouldn’t be too obvious.

Yes it happens everywhere but sometimes sit down, assess issues and be brave to award who truly deserves it ???????? one love ❤️ Ghana music has a future. And I must congratulate my dawgment husband Sadiq Abdulai Abu and his able team for what they did at the just ended 3Music Awards’22, this will def go down in our history books forever ????????