Ghanaian music legend, Reggie Rockstone, has reacted to the epic and eye-popping photo of popular Ghanaian actress, Fella Makafui which is currently the talk of social media.

Fella Makafui’s husband, Medikal posted a semi-noode photo of her on her Instagram page which was re-shared by popular blogger NKONKONSA and the photo showed the gargantuan bum and curves of Fella in skin revealing outfit.

This generated lots of reactions from Ghanaians and whilst some drool over Fella Makafui’s priceless assets, others chided her and Medikal for showing her nvdes on social media considering the fact that she is married with a child.

Reacting to her critics, Reggie Rockstone took to the comment section and described those criticizing Fella Makafui over her backside as insecure.

He implied that they are not as confident in their looks as Fella is because they do not have a desirable body as she has. He also warned that he is the wrong guy to come at as he already knew he will receive backlash.

His predictions were definitely right as it took nothing short of a minute for people to start bombarding him with insults. From him being a busy body always in the comment section on Instagram, to saying he has shot himself in the foot because by his statement he clearly has an insecure wife since she never post pictures like that herself.

See some reactions below; 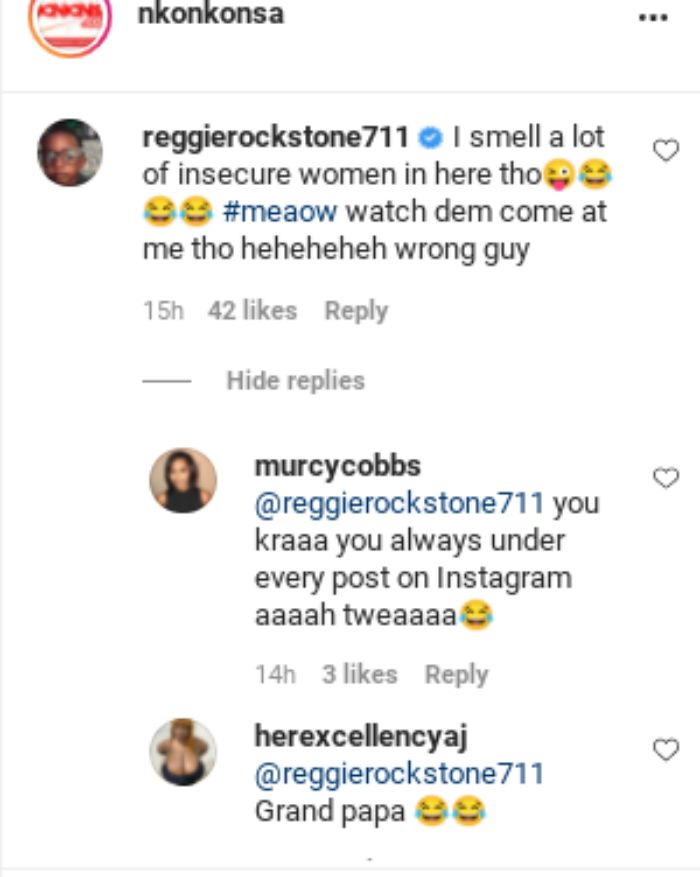 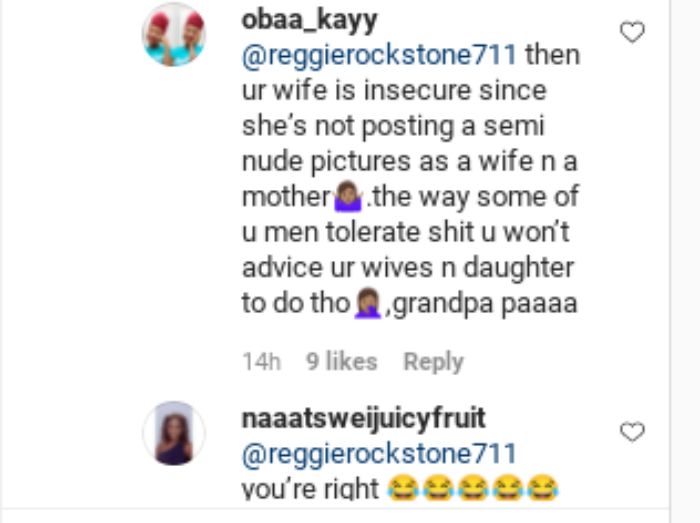 Previous SICK MUSIC PRODUCER, EYOH SOUNDBOY CRIES FOR FINANCIAL HELP AS HE BATTLES KIDNEY PROBLEM (VIDEO)
Next I CALL HIM DADA LONGSTROKE – Abena Moest Hails Her Husband Over His Performance In Bed