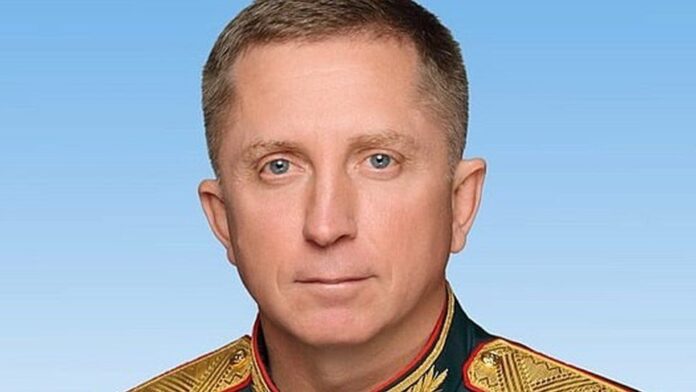 Ukraine’s defense ministry says another Russian general, Lt Gen Yakov Rezantsev, was killed in a strike near the southern city of Kherson.

Rezantsev was the commander of Russia’s 49th combined army.

A western official said he was the seventh general to die in Ukraine, and the second lieutenant general – the highest rank officer reportedly killed.

It is thought that low morale among Russian troops has forced senior officers closer to the front line.

In a conversation intercepted by the Ukrainian military, a Russian soldier complained that Rezantsev had claimed the war would be over within hours, just four days after it began.

Ukrainian media reported on Friday that the general was killed at the Chornobaivka airbase near Kherson, which Russia is using as a command post and has been attacked by Ukraine’s military several times.

Another lieutenant general, Andrei Mordvichev, was reportedly killed by a Ukrainian strike on the same base.

Kherson was the first Ukrainian city to be occupied by Russian forces, although there are reports that daily protests are held there against the Russian occupation.

Although Russia has confirmed the death of only one general, Kyiv and western officials believe up to seven have been killed in fighting since the war began.

However, the death of Maj Gen Magomed Tushayev of the Chechen national guard has been disputed.

It is unusual for such senior Russian officers to be so close to the battlefield, and western officials believe that they have been forced to move towards the front lines to deal with low morale among Russian troops.

The unexpectedly strong Ukrainian resistance, poor Russian equipment, and a high death toll amongst Russian troops are all thought to be contributing to the low morale.

Russian forces are believed to be relying in part on open communication systems, for example, mobile phones and analog radios, which are easy to intercept and could give away the locations of high-ranking officers.

So far, Vladimir Putin has only referred to the death of one general, thought to be Maj Gen Andrey Sukhovetsky, in a speech soon after the start of the war.

Russia says 1,351 soldiers have died since the war began in Ukraine, although Kyiv and western officials say the number is much higher.