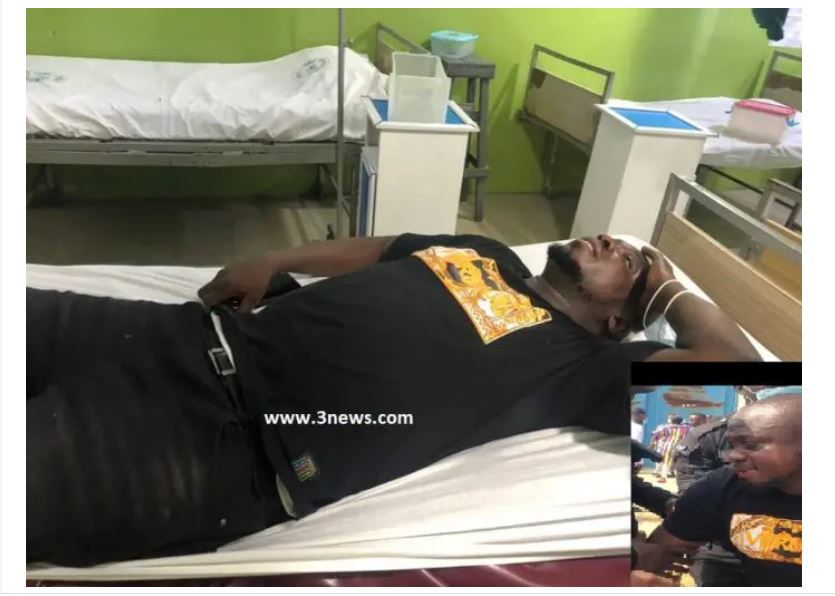 According to a report by 3news, some residents in Dansoman are currently battling for their lives at the Hospital while others sustained minor injuries at the Liberty Football Pitch during the acclamation of polling station executives in the Ablekuma West Constituency of the New Patriotic Party (NPP).

This was as a result of brutalities perpetrated by some party members during the exercise on Sunday, March 13.

The incident happened around 3:15 pm.

Currently, one of the victims who sustained injuries, Daniel Amakye Kingsford, has been admitted to the hospital after the injuries.

An eyewitness, who is also a member of the party but giving his name as Nii for fear of being attacked, alleged in an interview with Onua TV that the brutalities were orchestrated by the Greater Accra Regional Secretary of the NPP, Daniel Odailai Parker and one Nyarko, who is the Personal Assistant to the Member of Parliament for the Constituency, Ursula Owusu-Ekuful, who is also the Communications Minister.

Nii explained that when they got to the entrance of the Liberty Football Pitch, Daniel Amakye Kingsford greeted and introduced himself to those manning the entrance that he is an aspiring First Vice Chairman and was there to observe the acclamation exercise.

Nii alleged that Daniel Odailai Parker then pushed Amakye and then ordered some well-built men who were all along standing by to attack him.

He explained he was pushed down and brutalized by the men he suspects to be land guards until he fell unconscious.

“It took the intervention of some people around to rush him to an undisclosed hospital.”