The Parliamentary Service has refuted claims that the Speaker of Parliament, Alban Bagbin requested $50,000 to fund his medical check-up in Dubai

In a statement signed by the Director of Public Affairs, Kate Addo, the Parliamentary Service said the Speaker had not made such a request and had no authority under the law to do so.

The statement added that Parliament was aware of the economic challenges facing the country and was mindful to avoid any profligate spending.

“We would like to state categorically that the Rt. Hon Speaker has not, at any point in time, made direct cash requests from Parliament. The conditions of service of public employees, including political office holders, cover medical care, both local and foreign. The specific details of each category of public employees is covered by law,” the statement said.

“In the case of Parliamentarians and Speakers, the Presidential Commission on Emoluments details out the main areas of coverage. This covers sitting and former Speakers. The current Speaker has no authority and has not made any attempt to, in any way amend or alter what has been in existence before he came into office.

“Parliament is fully aware of the dire times we are in as a country and is mindful to avoid any profligate spending. Indeed, the 8 Parliament, right from its inception, has sought to put the interest and wellbeing of the taxpayer at the fore of all its considerations and deliberations for the enactment of laws and the formulation of policies. This has been manifestly exhibited in the way proceedings have been held since January 2021

The statement also urged all media houses to be fair and temperate in their reportage for the overall development of our country’s participatory democracy. 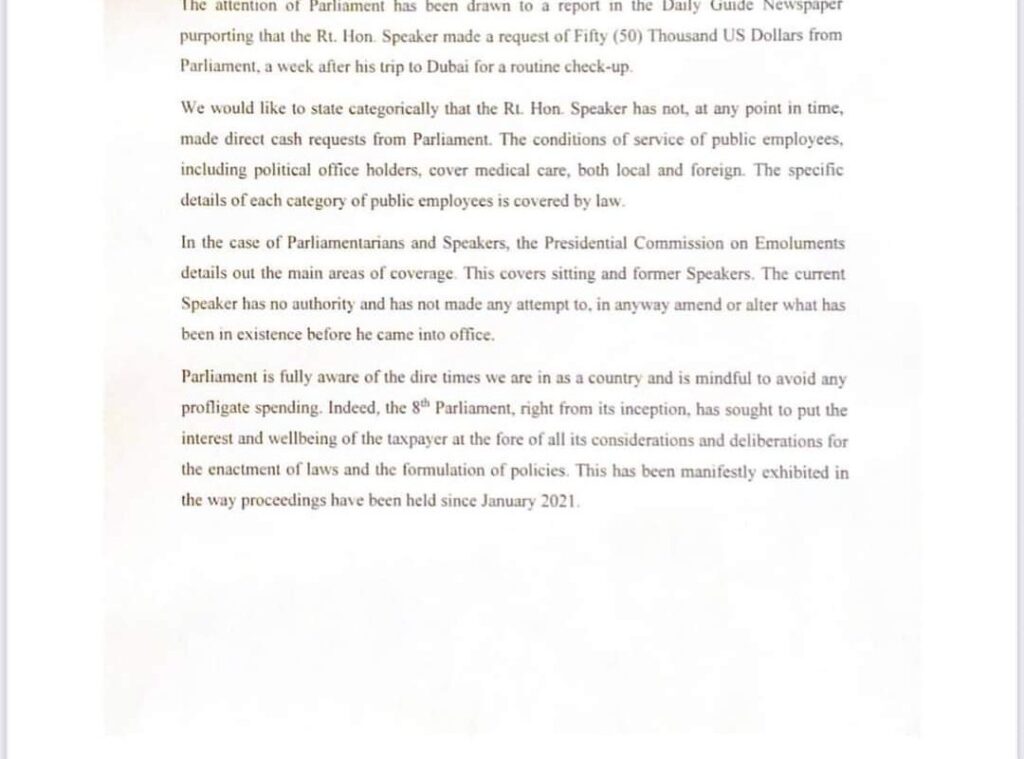