The National Petroleum Authority announced in a press release signed by the Corporate Affairs Department issued on October 11, that H.E, Nana Addo Dankwa Akufo Addo granted approval to zero the Price Stabilization and Recovery Levies on petrol, diesel, and LPG for a period of two months.

According to the statement, the purpose of the Prices Stabilization and Recovery Levy is to stabilize prices for consumers and pay for the subsidies on Premix Fuel and Residual fuel Oil

Reacting to this, an elated and relieved DKB took to his Twitter page and appreciated the president as he intimated that his fuel tank can smile again and can save on fuel to do other things. 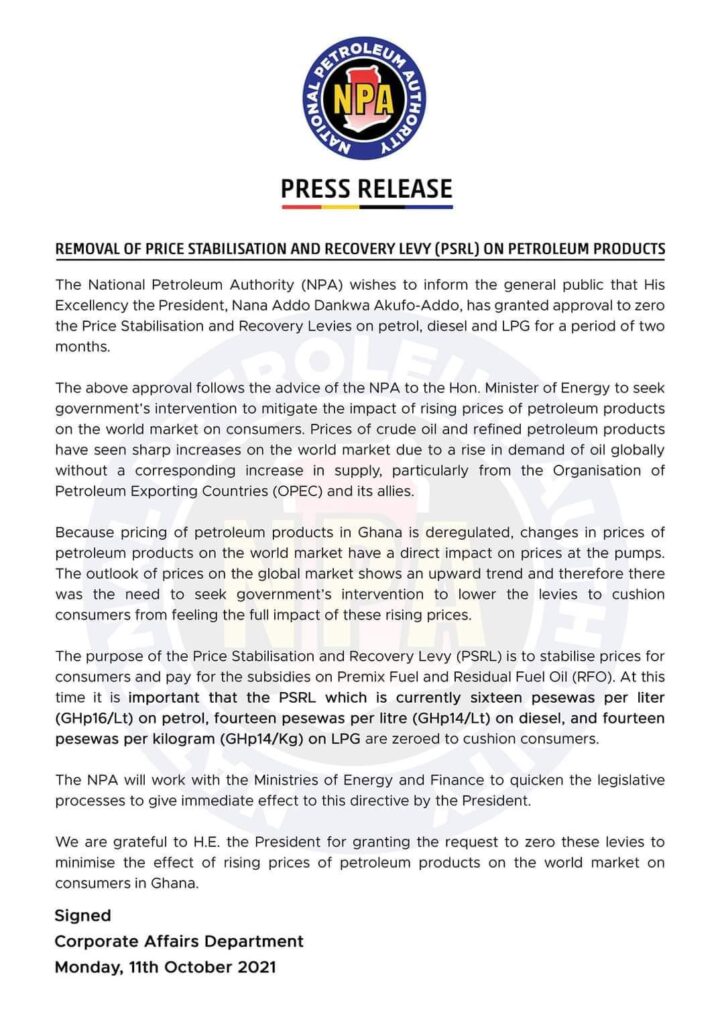 Previous K. JUMAH MARRIES AKUFO-ADDO’S DAUGHTER, WATCH THE PRESIDENT, FIRST LADY AS THEY HIT THE DANCEFLOOR TO CELEBRATE (WATCH)
Next “WE NEED A GENERATION THAT CAN DO WITHOUT BUMS AND BOOBS TO BUILD GHANA” – AFIA POKUA