SARKODIE TO STAND FOR PRESIDENT IN 2024?

Multiple award-winning rapper Sarkodie has incurred the wrath of the Twitter gods after announcing his ambition to be president in 2024.

Many African celebrities, probably spurred on by American rapper Kanye West’s initiative, have announced their intention to ascend the throne of the highest office in their respective countries.

It will be recalled that our very own Princess Shyngle also announced her intention to be Gambia’s president at some point.

In light of this, Sarkodie took to twitter to announce his presidential ambition, and the response was mixed as usual with some encouraging him while others also completely broke his resolve. 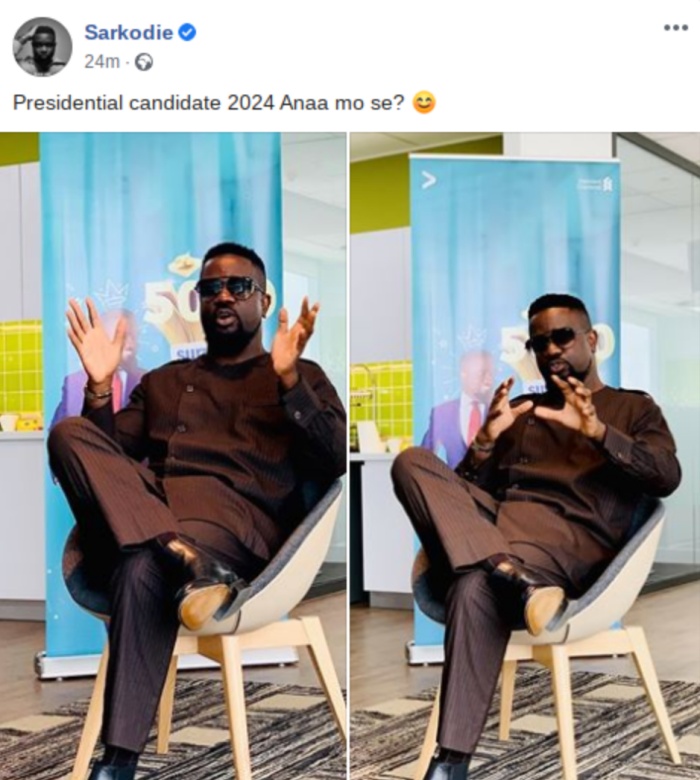