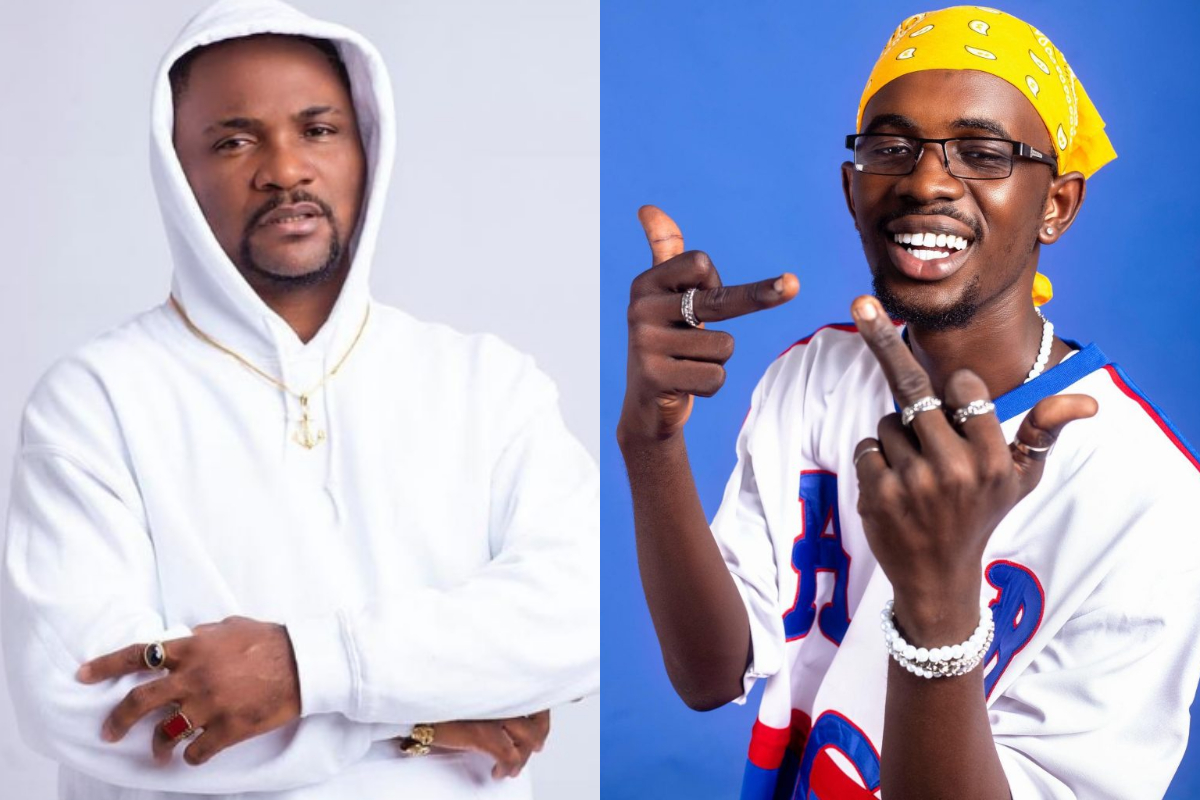 The tension between Black Sherif and Mr. Logic was visible when the two met on Saturday’s United Showbiz which was hosted by Efia Odo.

The musician in an initial video walked in and greeted Mr. Logic who responds with a faint smile before the show commenced.

Mr. Logic who has a different opinion about the whole concept of S]Blacko’s new song during the discussion pointed it to the artist that he hates violence but his second sermon says it all.

Black Sherif quickly replied that the way through which one sees and pictures his craft doesn’t come as a concern to him because as an artist, it is his responsibility to create art.

“How you picture my craft does not concern me”, he replied.