Delectable television presenter and journalist, Serwaa Amihere has reacted to a photo of her two mentors in the media space, Nana Aba Anamoah and Bridget Otoo where the two had their hipped breasts appear on a flyer.

Nana Aba and Bridget Otoo are judges for GhOne Tv’s Next Tv Star and their photos used on the flyer had many raising concerns as to why they had to use such images to portray what their show is all about.

Serwaa Amihere who literally found it hilarious tore into the two mocking them for having their big breasts used as a way to grab the attention of the public into watching the show. 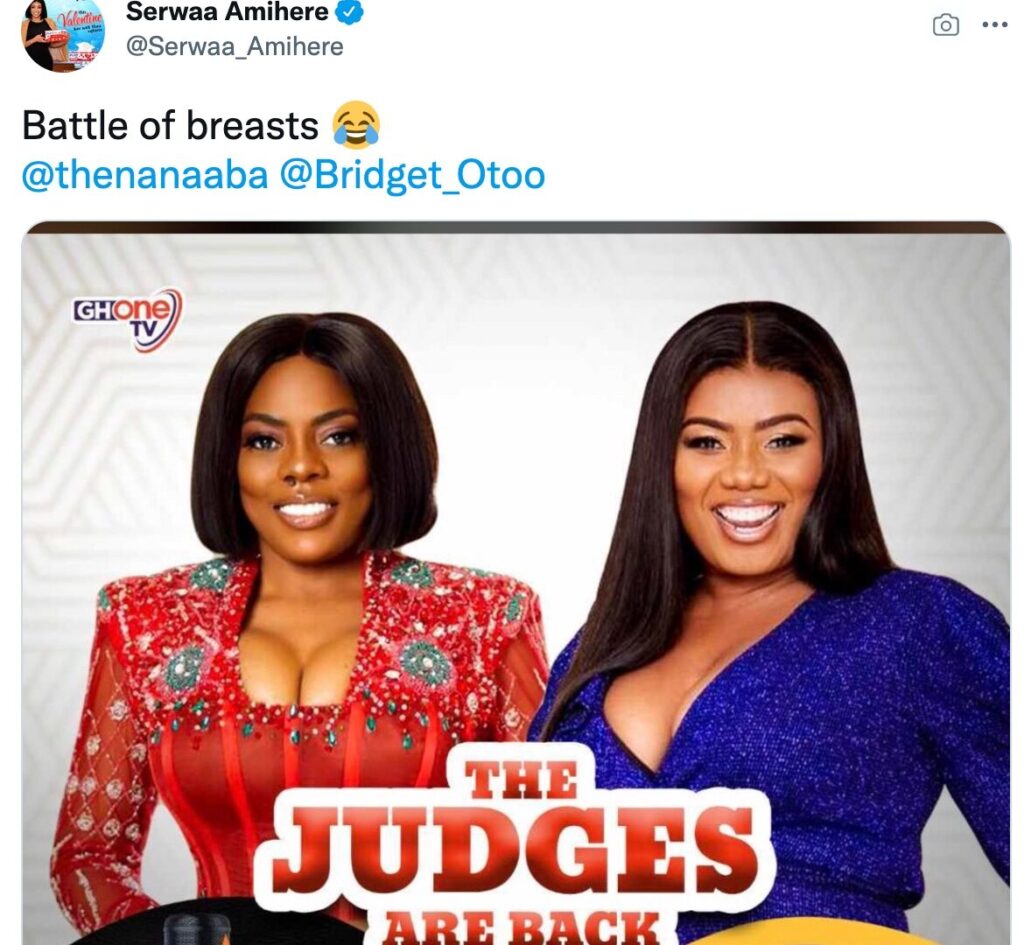