Celebrated Nigerian entertainer and Grammy award winner, Damini Ogulu popularly called Burna Boy has tendered an apology for his fans and his fans as he finally announces his decision to bow out of his dirty fight with Ghanaian Dancehall singer, Shatta Wale.

The last 24hrs has seen Shatta Wale and Burna Boy dragging each other in the mud on social media as they resorted to exposing each other’s ‘secrets’ after Burna Boy threw shades at Shatta Wale over his recent rants about the Nigerian Music industry not being as supportive to the Ghanaian industry even though the latter is always there for the former.

They both have been saying a lot of unsavory things against each other as things really got intense between on social media. It even got to the extent when Burna Boy dared Shatta Wale to come to meet him for a fist if he’s really a man — a challenge Shatta Wale accepted wholeheartedly.

In a new development to this, Burna Boy after sitting down deep in thoughts and analysing the feud, he seems to have realised how low, petty and   he has been and he has expressed in regrets over his ‘misbehaviour’ and apologised to his die-hard fans for getting entangled in such a beef with Shatta Wale, who he refers to as a pig.

Sighted on his Instagram story, he also announced that he was taking a long break from social media because he feels ashamed of himself. 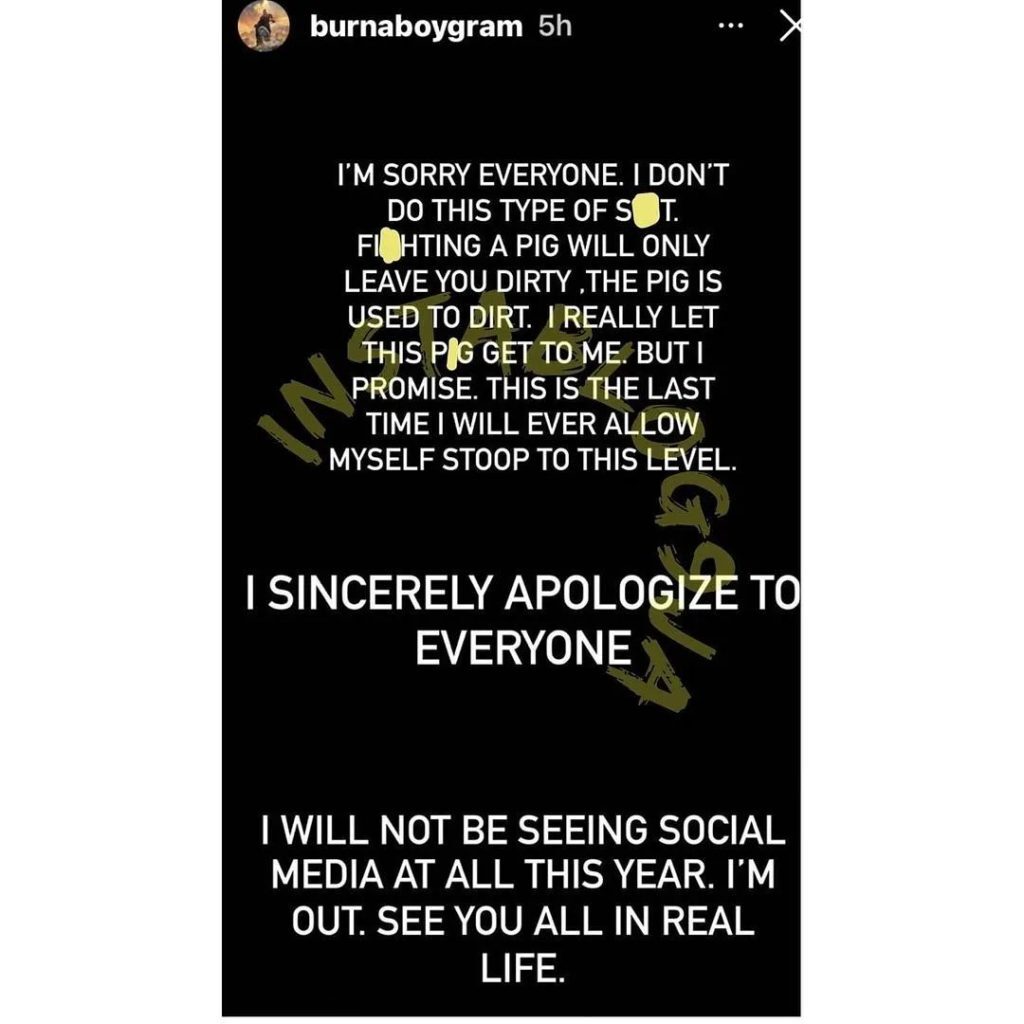 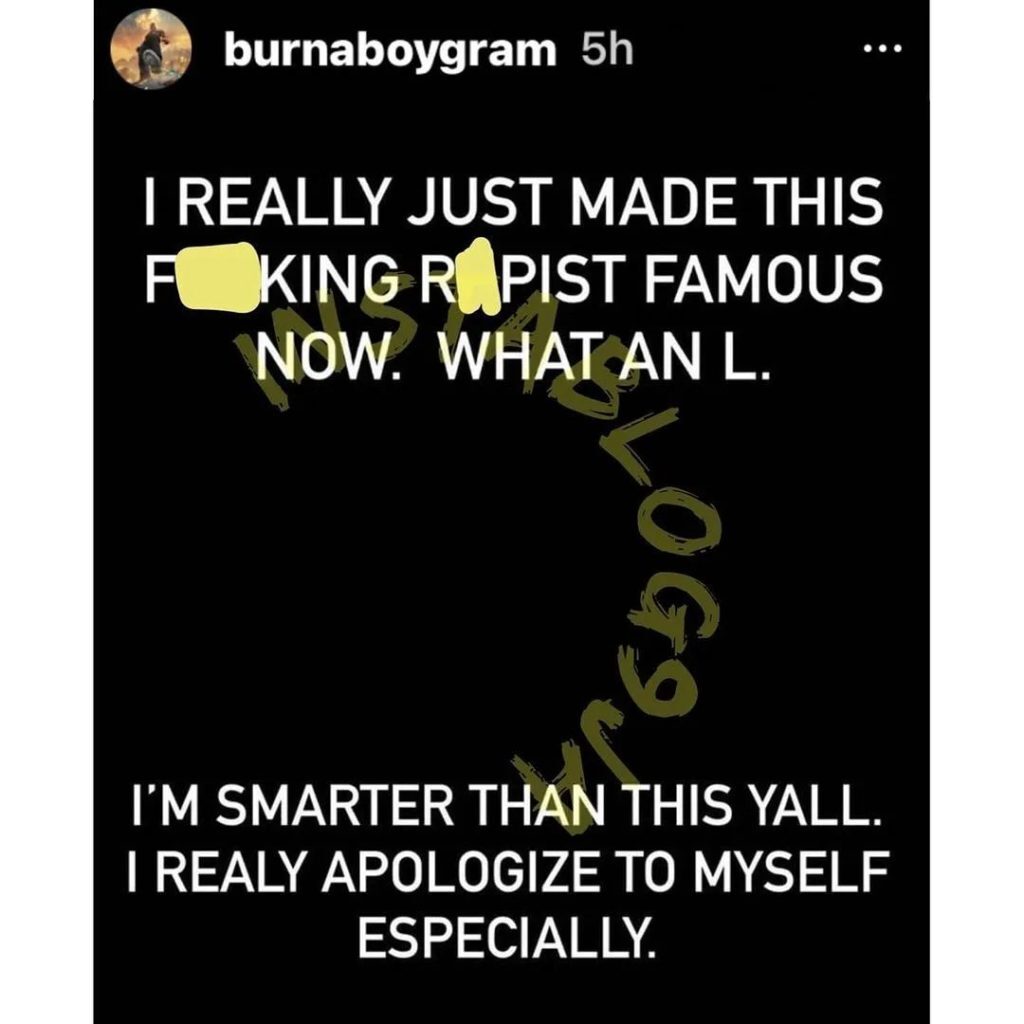 Previous 3MUSIC BOSS, ABU SADIQ CALLS OUT SHATTA WALE FOR FAILING TO PERFORM AT WILDALAND FESTIVAL DESPITE BEING PAID
Next SHATTA WALE IS SPITTING WHAT HIS COLLEAGUES THINK BUT DON’T HAVE THE GUT TO SAY – Nana Aba Rallies Behind Shatta Wale