Ghanaian Reggae and Dancehall singer, Ras Kuuku has jabbed some of his fellow musicians who put out ‘trash’ songs for music lovers yet claim they are legends.

In a recent tweet he made on his official Twitter page, Ras Kuuku most musicians do not write songs that carry substance and only depend on hype to push what he described as ‘borla’ songs.

This shade from the 2020 VGMA Reggae/Dancehall Artiste comes in the wake of the social media brawl between rapper Amerado and Obibini where they are trying to outdo each other in their individual quest for supremacy.

‘Borla songs and Borla artists claiming legends. They can’t do good music that’s why they depend on borla hype. Foooolish and useless music you doing for the kids of today and the next generation. Most High is watching.’ 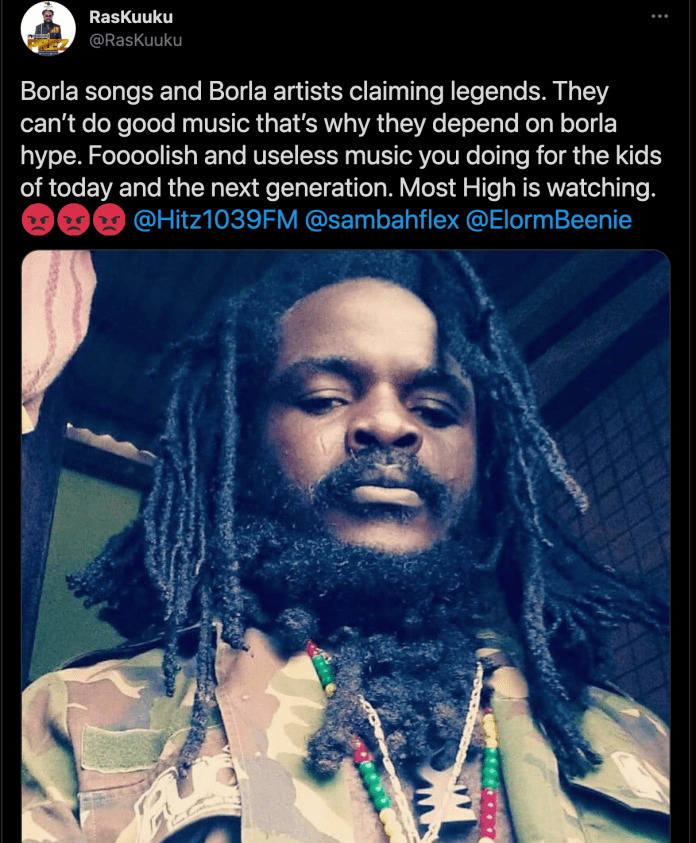