CIGARS CAN’T HELP YOU BOY, GET TREES IF YOU WANT TO GET HIGH – Stonebwoy Indirectly Jabs Sarkodie?

Ghanaians should expect another series of verbal fight on social media as Ghanaian Dancehall and Reggae champ, Stonebwoy has taken a hard swipe at his colleague, Sarkodie on social media

You would notice that in recent times Sarkodie has been flaunting photos of him smoking Tob.baco and even in a recent video with Kwawkese was seen handling it quite well like someone who has been using it for years.

Stonebwoy’s post, said that if you really want to get high, try some trees because the cig.ars Will not help boy.

Sarkodie before these recent photos was believed to be the type that doesn’t smoke, but his recent photos has changed that narrative. Now people are asking is this shade to Sarkodie, since he has started smo.king but using Ci.gars instead of tress, hence Stonebwoy’s advice to him to try trees instead of Ci.gars. 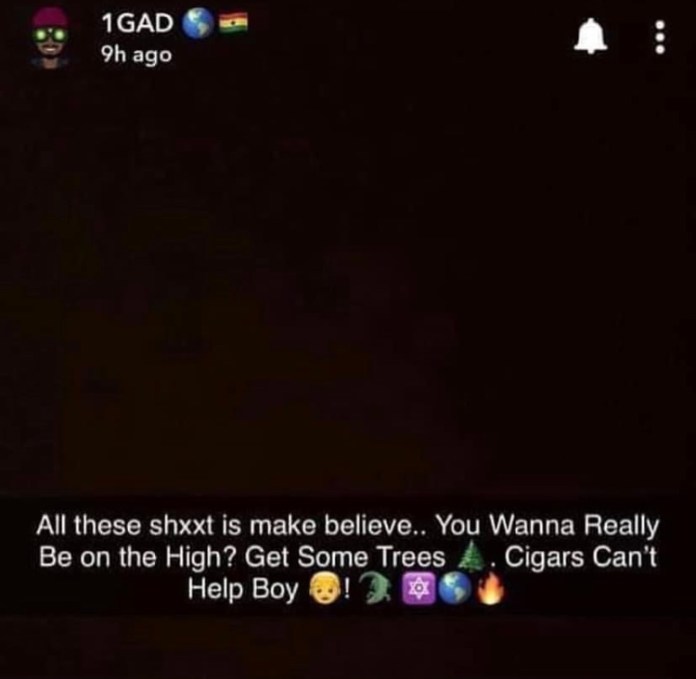 Previous ‘HE IS A PROPHET, NOT YOUR VILLAGE HERBALIST’ – PROPHET BADU KOBI’S DAUGHTER BLASTS CRITICS
Next “I WAS SIDELINED IN ENGLISH MOVIES BECAUSE I SPEAK TWI”– Actress, Gloria Sarfo