NANA ABA ANAMOAH THANKS VICE PRESIDENT BAWUMIA FOR COMING TO THE AID OF TT, OF TAXI DRIVER FAME

Nana Aba Anamoah, who was offended by these remarks, expressed her thoughts on her Twitter page, stating she was delighted the Vice President could help because many people were aware of TT’s condition but did nothing to help.

She went ahead and shared a screenshot of what she posted on Twitter on her Instagram page, saying that there’s nothing like a small gesture and that every gesture has an unending ripple effect.

Sharing the screenshot she captioned;

‘There’s no such thing as a small act of kindness.
Every gesture has a ripple effect with no logical end.
Be kind’. 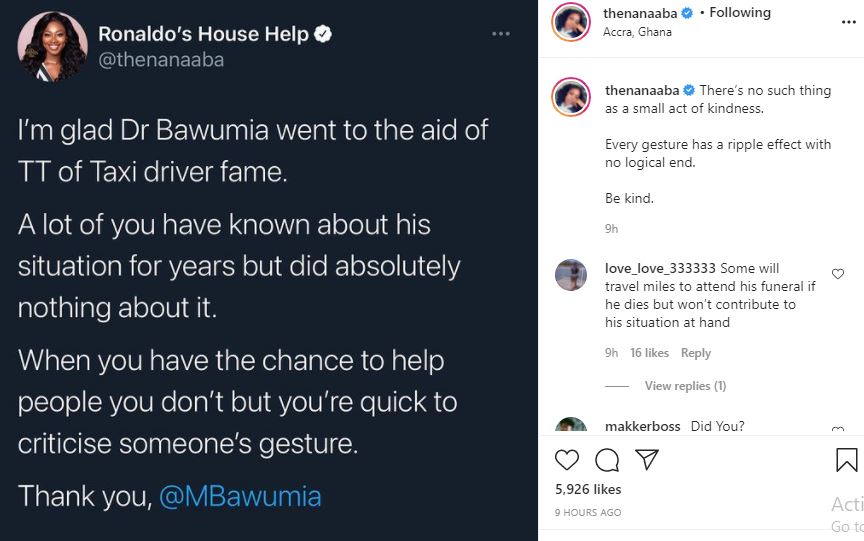 Previous C.K AKONNOR SACKED AS HEAD COACH OF GHANA BLACK STARS
Next I AM HAPPY YOU ARE DEAD NOW- Ghanaian Woman Whose Late Aunty Was Wrongfully Jailed In The US Breaks Down At Funeral