The family of controversial Social media commentator and millionaire, Ibrah One have reacted to the viral video alleging that he run mad on the streets of Niger.

Not too long ago, a video surfaced of the self-acclaimed millionaire wandering around the streets of Niger which got many wondering what has gone wrong for him.

In the videos that surfaced on social media, Ibrah One was seen wearing a dirty white singlet and jeans shorts while walking like he lost his senses.

In a press release released by Ibrah One Foundation, disclaiming the purported video of Ibrah One looking mentally deranged on the streets of Niger, the family of Ibrahim Daouda said that the acclaimed person in the video is not Ibrah One.

They admonished the general public and the loved ones of Ibrah One to disregard the video as it is fake whilst noting that Ibrah One is currently doing fine and enjoying his stay in Niger.

Ibrahim One hitherto to the release of the statement had taken to his Instagram story and wrote;

“Keep your head high and your middle finger higher”. 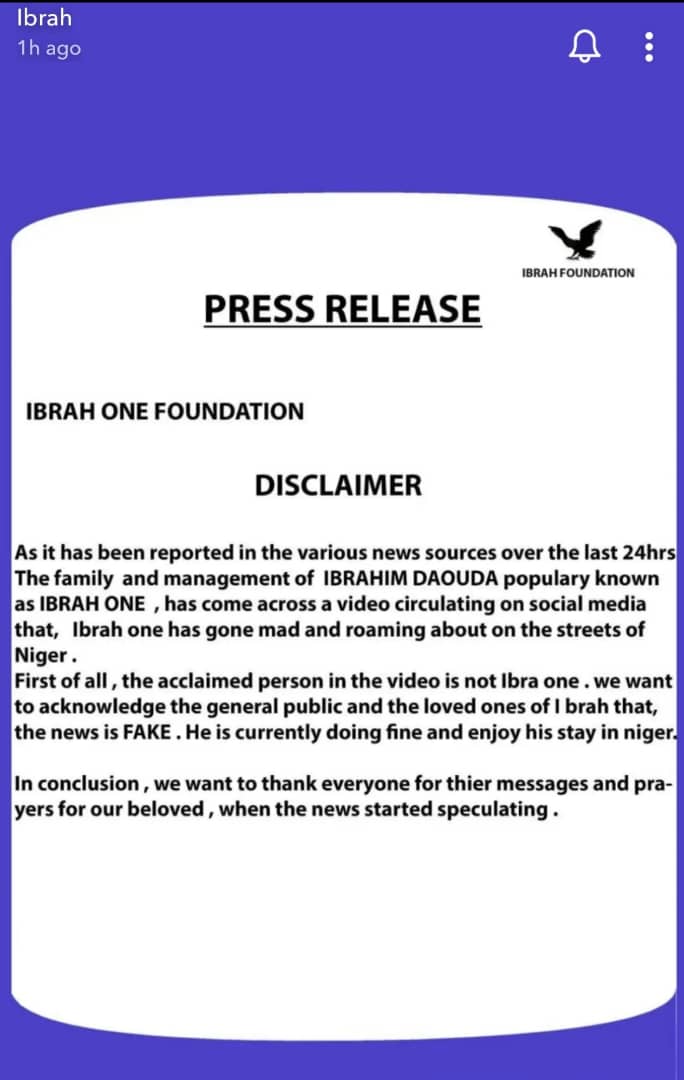