An alleged Junior High School classmate of sensational Ghanaian musician, Gyakie has gone down memory lane recounting his experience with Gyakie whilst in school.

Reminiscing the good old days with the ‘Forever’ hitmaker, the man identified as @sheba_charless, with the username Keka Wadwene on Twitter intimated that he never believed that Gyakie will rise to become one of the finest artists in Ghana during their humbles days at basic.

Charles revealed in a tweet that he used to reject Gyakie and fought the boys who tried to establish a romantic connection between the two. His rejection stemmed from the fact that he never saw Gyakie becoming great.

Charles said he wouldn’t have looked down on or rejected Gyakie during their basic school days if he knew she would become this great. He advised all not to look down on people based on their current status since everything under the sun is subject to change.

Charles made a passionate appeal to Gyakie to come back to him since he has seen the change and believes he did not make the right decisions back then.

He wrote the following with an accompanying photo:

I was on the same desk with Jackie when we dey JHS, was always beating the guys who were teasing me by her name and I want to tell Jackie today that it was the work of the devil. I was young and didn’t know what I was doing

Please come back to me 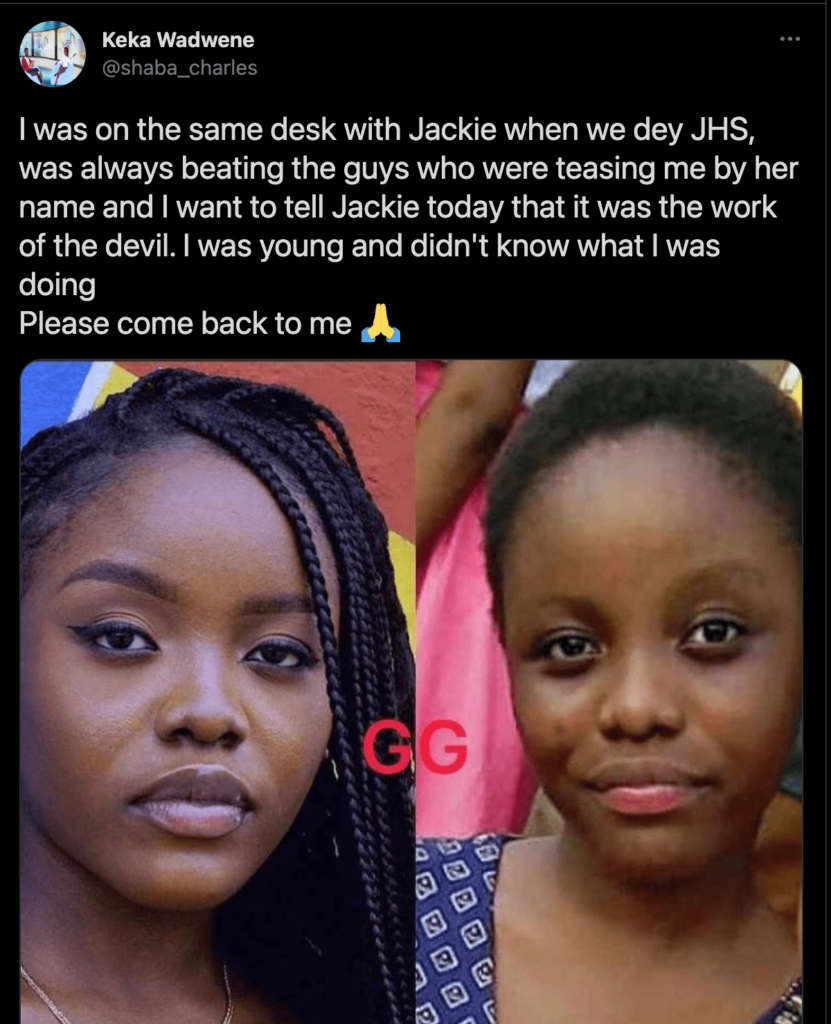 Previous MISSING BUT FOUND ‘PREGNANT’ TAKORADI WOMAN CONFESSES THAT SHE FAKED HER PREGNANCY & KIDNAPPING
Next BAWUMIA IS MAGICAL; HE CAN HELP MOVE GHANA FORWARD IF HE BECOMES PRESIDENT – Allotey Jacobs