The Second Lady, Samira Bawumia has joined the First Lady, Rebecca Akufo-Addo to reject the salary parliament has offered them and she has also pledged to refund all her allowances paid her from 2017.

Samira Bawumia stated in press release dated July 13, 2021, her decision to reject the salary and allowances offered her is because of the welfare of Ghanaian citizens.

She said that the Vice President, Mr. Bawumia continues to be committed to the service of the nation to deliver humanitarian interventions and initiatives in the areas of health, education and economic empowerment. 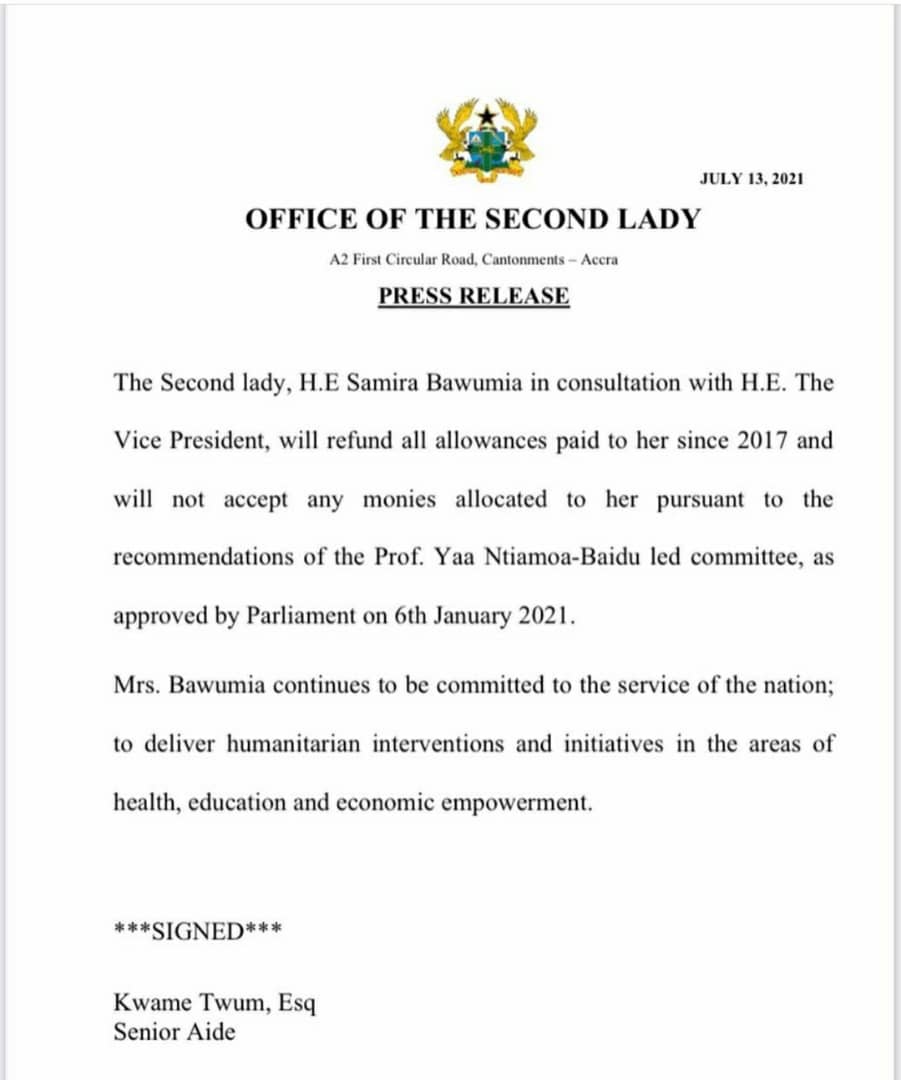 Previous FIRST LADY, REBECCA AKUFO- ADDO REJECTS ALLOWANCES, VOWS TO REFUND GHC 899,097 SHE HAS RECEIVED SINCE 2017
Next BULLDOG CAUGHT MICHY & NAM1 IN A COMPROMISING POSITION IN HIS OFFICE’- BLOGGER ALLEGES