“WHICH ONE IS THE NEW NDC?” – Serwaa Amihere Queries John Dumelo Over Tweet

GhOne Tv presenter, Serwaa Amihere has questioned John Dumelo after he described the opposition party, National Democratic Congress, NDC as the new NDC and averred that its administration is the better option for Ghanaians as they have lost faith in the NPP government.

John Dumelo in a tweet claimed the new NDC is a far better alternative for Ghanaians who seem to have given up on the hope they had for the NPP government who had promised they were going to rescue the normal citizen from extreme poverty.

In his tweet, he also acknowledged the fact that the old NDC government erred in so many ways, and that caused their downfall but according to him, have learned their lessons.

“The new NDC going into 2024 is a far better alternative than the present government. We made mistakes but we have learnt from them…” he wrote in the tweet.

His tweet generated a lot of comments from netizens who were dived into two. Whiles many sided with him, others also had their reservations about his tweet.

One of them was Serwaa Amihere who according to her didn’t have any idea about who the new NDC and the old NDC are and therefore queried the politician.

“Which one is the new NDC? And which is the old NDC,” she questioned. 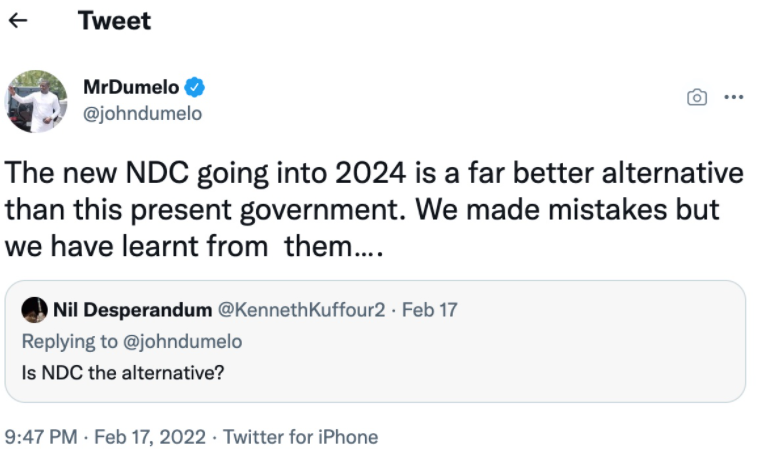 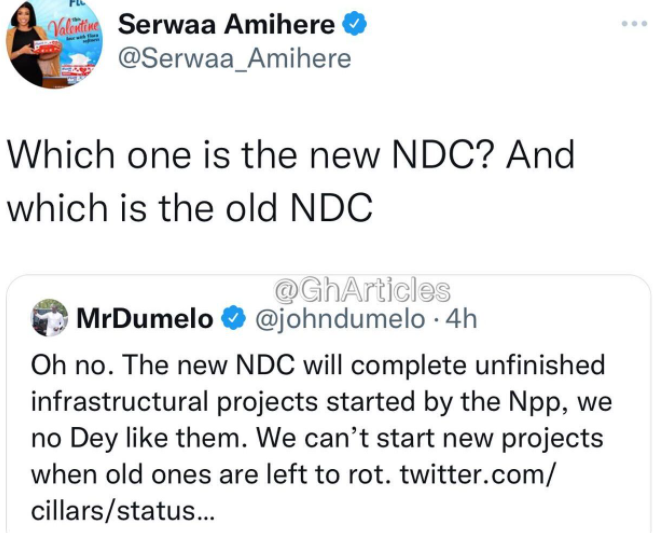 Previous WE WILL TAX THE PETROLEUM SECTOR IF E-LEVY BILL FAILS – Finance Minister, Ken Ofori Atta
Next I’VE BEEN BATTLING WITH MENTAL HEALTH FOR A WHILE NOW – TikTok Star, Jackline Mensah Spills