THE DAY WE’LL GET TO KNOW YOUR KILLERS, MY HEART WILL REJOICE’ – Kwaw Kese Pays Tribute To Late Manager, Fennec Okyere 8 Years After His Death

Ghanaian Rapper, Kwaw Kese has not gotten over the death of his former late manager, Fennec Okyere nearly a decade after his death.

Fennec Okyere was murdered eight years ago after some unscrupulous men attacked him at his residence in Spintex.

Reports revealed that Police saw him in his own pool of blood in his bedroom with stab wounds on his body.

Kwaw Kese has since his death been going about his music career without a manager and remembering Fennec’s death today, Kwaw Kese has vowed to ensure all hell breaks loose the day his killers are uncovered.

Taking to his Instagram page, Kwaw Kese lamented that all the people they did good for are paying him with hatred and begged him not to let their enemies feel victories.

The King of the Street expressed his undying love for Fennec Okyere. 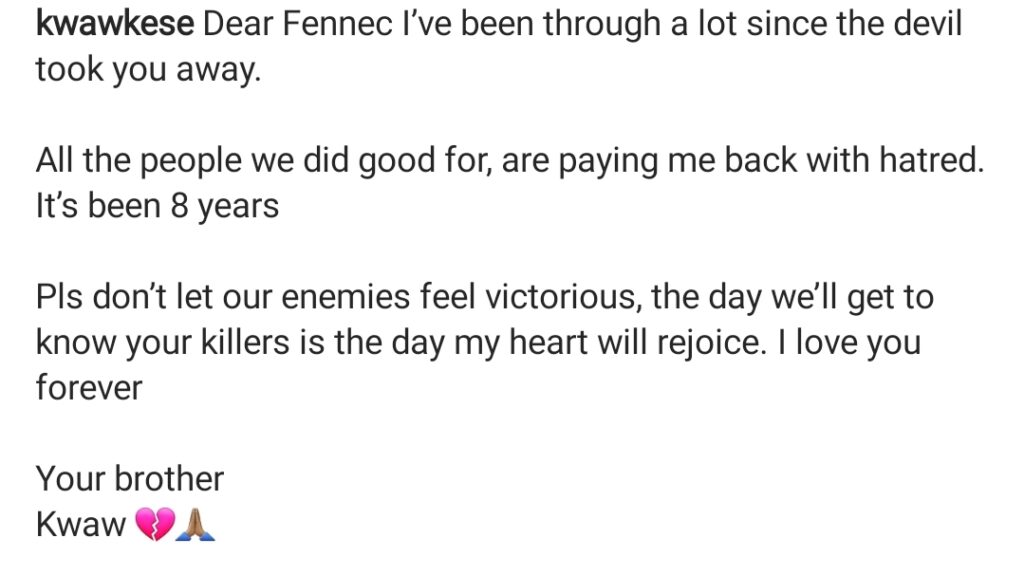