WHEN THEY GET 1 OR 2 HIT SONGS, THEIR HUMILITY VANISHES – Captain Planet To Upcoming Artistes

Captain Planet, a rapper and former member of the disbanded 4X4 music group, has addressed the issue of humility in a statement he published on his Twitter profile.

Upon becoming a household name as a result of one or two successful songs, he has seen that young artists grow arrogant and pretentious, according to his observations.

He expounded that humility is a distinct quality that artists should strive to incorporate into their personas as much as possible.

Although Captain Planet didn’t mention any names, however, looking at the communicative situation, chances are higher that his insinuation comes at the back of Black Sherif and management brouhaha. 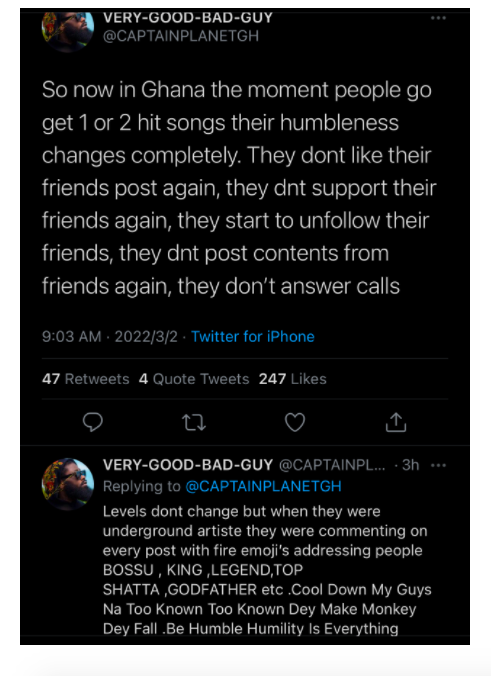