The Member of Parliament for Ningo Prampram, Hon. Sam George has fired shots at rapper, Pappy Kojo over homos3xuality conversations in the country.

The beef between the two public figures started after Pappy Kojo attacked Sam George over his stand against the LGBTQ community.

Pappy Kojo didn’t understand why Sam Goerge was against the g@y community and even accused him of attacking his fellow musician Deborah Vanessa who is a strong advocate for the LGBTQ community.

Recall that a few months ago, Hon. Sam George stated emphatically that he was never going to allow gay rights to be passed in Ghana especially since it’s against the law. He had the majority of Ghanaians supporting him with a few attacking him here and there.

Anyway, check out some of the insults below; 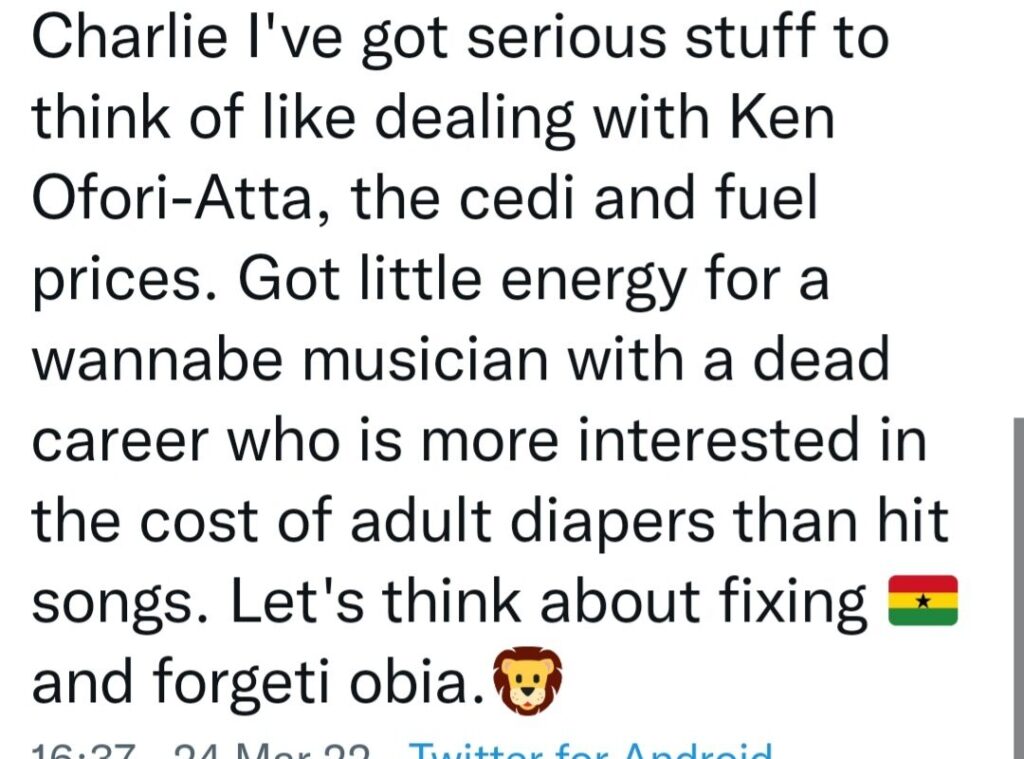 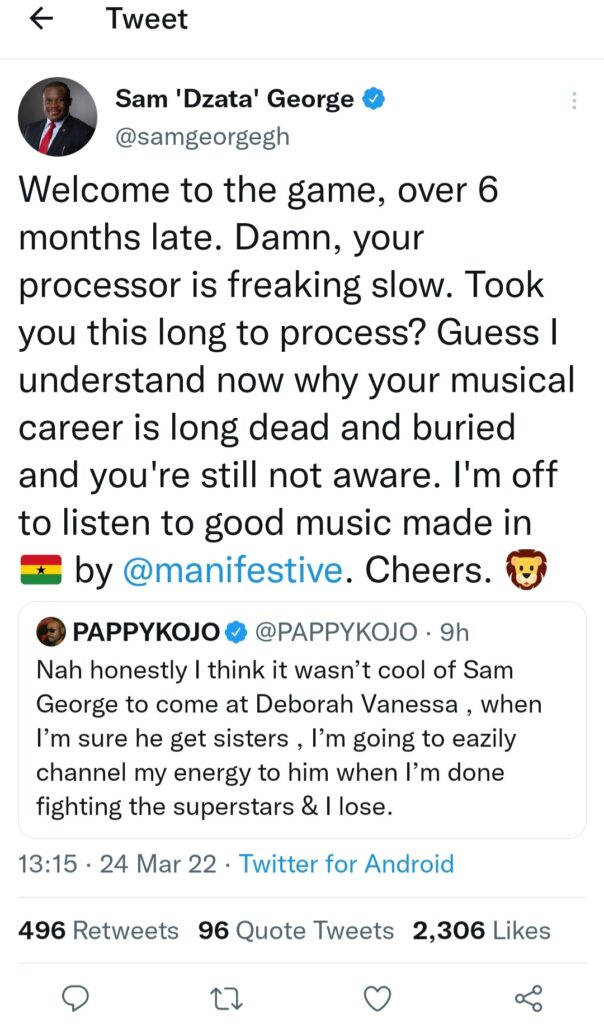