Controversial self-acclaimed queen of comedy, Afia Schwarzenegger has expressed her regrets for campaigning for Adwoa Sarfo, the member of Parliament for Dome Kwabenya.

Afia disclosed how she abandoned her sick father just to go and campaign for Adwoa Sarfo.

This was after the MP for Assin Central, Hon. Kennedy Agyapong revealed how Adwoa Sarfo was given a whopping sum of 120k cedis just to come and vote for the approval of the E-levy.

Afia further revealed how she is never going to campaign for her if she stands for another election. 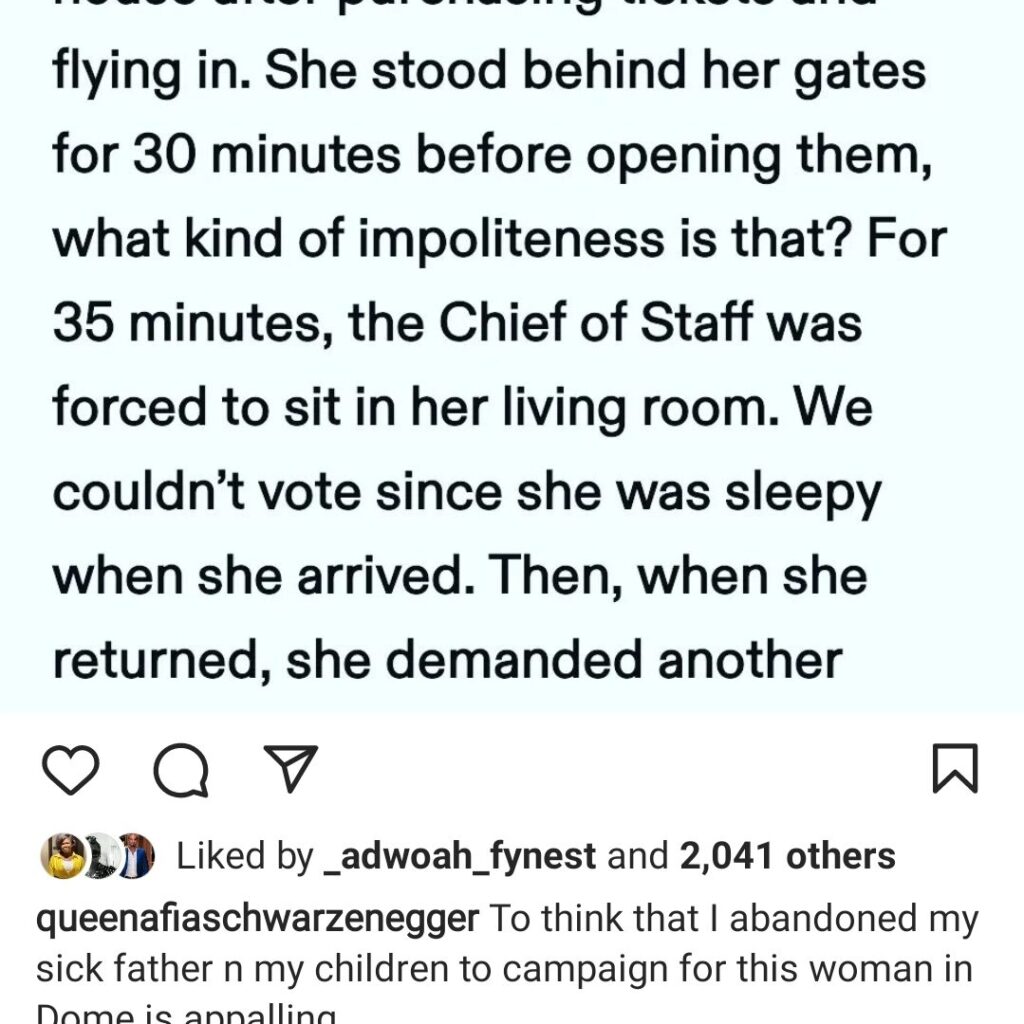 Previous RUSSIA-UKRAINE CRISIS: I PROPHESIED ABOUT THIS WAR, A LOT OF HARM IS ON ITS WAY COMING – Nigel Gaisie
Next I CAN’T COUNT THE NUMBER OF CARS I HAVE – Kwadwo Safo Jnr Tells Bola Ray