Shatta Wale on Monday, October 18, staged a fake gunshot attack on himself. He later apologized on Tuesday stating that his life has been in danger since a pastor called Jesus Ahuofe released a prophecy about his death.

In a recent post that appears as a reaction to the incident, Afia Pokuaa chided the likes of Shatta Wale and other artists for pulling stunts just for hype.

“Wizkid is topping charts with Justin Biever, tiwa is flying Brandy, Burna Boy is filling 02 arena and Davido is getting interviewed by Trevor Noah, Ghana dier, ‘BEEF’ & FAKE STORIES NKOAA. GH entertainment industry can employ more than 1 mill people if taken seriously but who be me #PRAY 4GH ENTERTAINMENT” 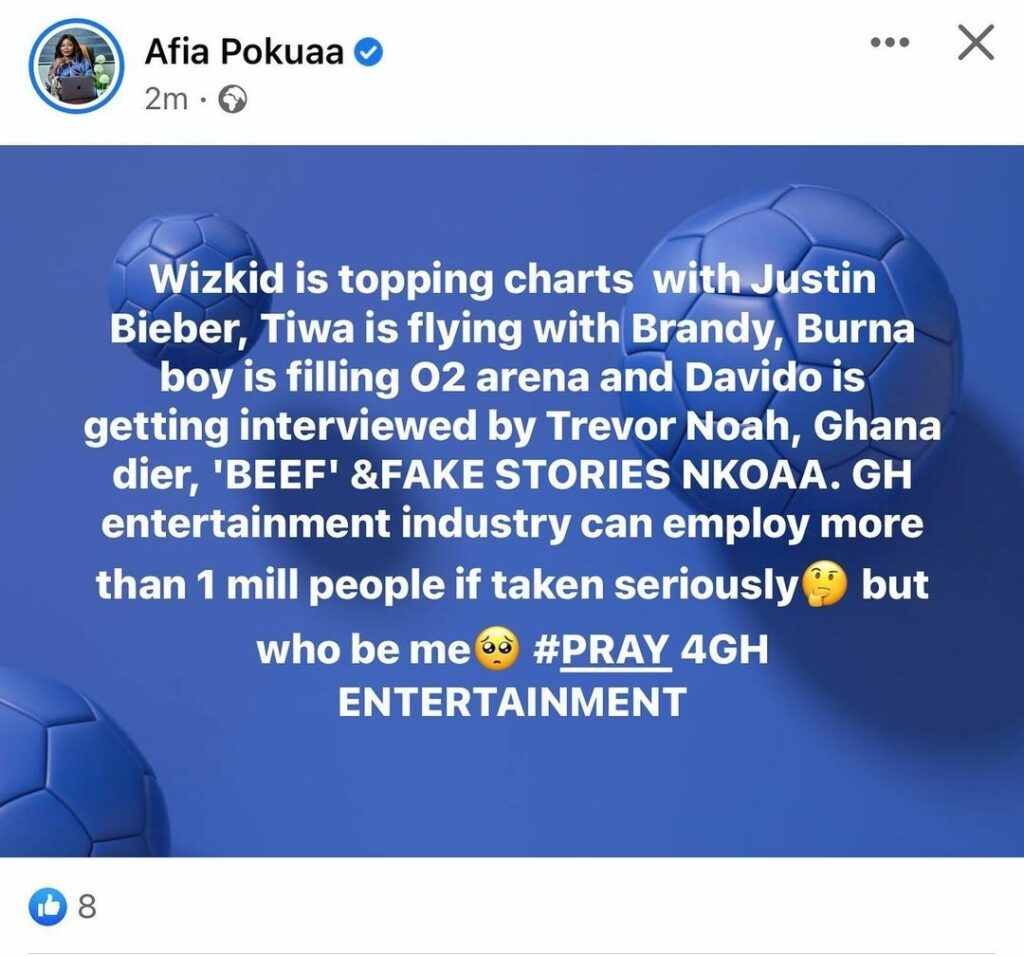