Ghanaian actress and activist, Lydia Forson claims she has reached out to dancehall singer Shatta Wale over rape allegations levelled against him by Burna Boy.

It could be recalled that Shatta Wale and Burna Boy were engaged in a back and forth last week revealing dirty secrets about each other.

Burna accused Shatta Wale of trying to rape a girl he brought to Ghana back in the days. He also threatened to beat him and break his teeth.

The rape claim made against Shatta Wale wasn’t welcomed well by some social media users and some feminists.

Some of them who took to social media expressed anger over how the two artistes who should have known better were playing rather playing with an attempted rape situation.

In the midst of the hullabaloo, Lydia Forson has revealed that she spoke to Shatta Wale on phone about the situation.

She added that they didn’t agree on certain things but the talk was worth it. 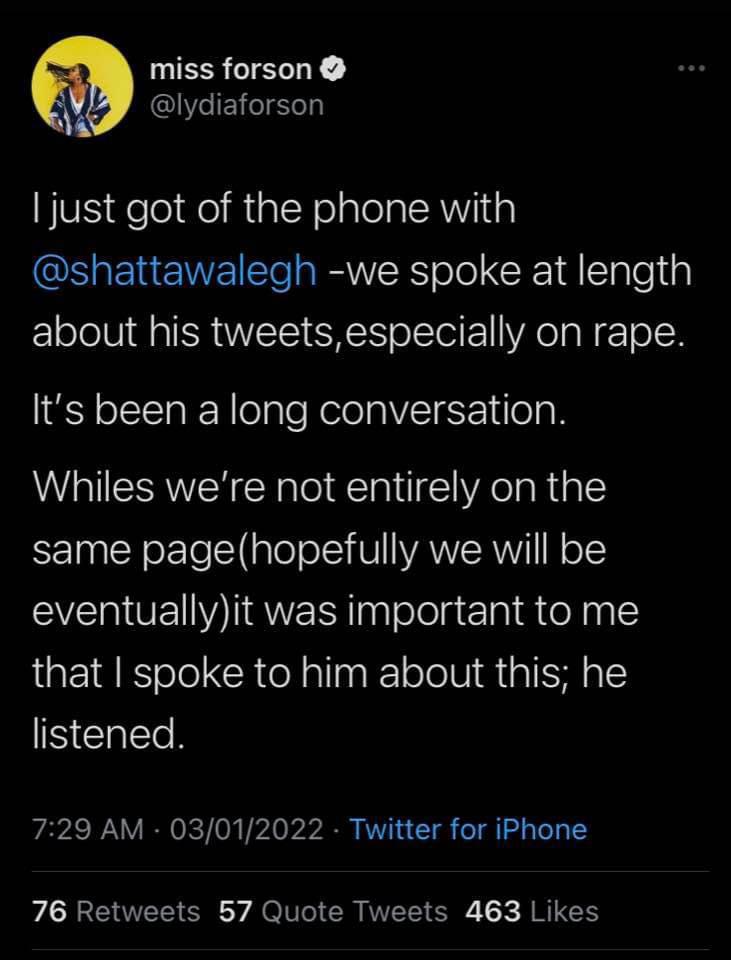