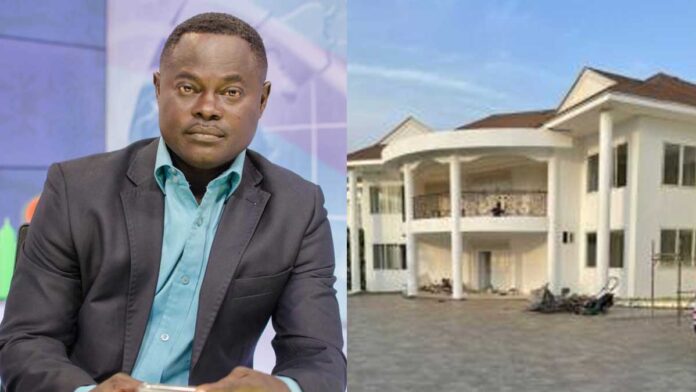 Retired footballer and businessman, Odartey Lamptey has spoken for the first time after an Accra High Court ruling gave him full ownership of his 7-bedroom East Legon mansion which was fought over during their divorce settlement.

The court today reversed an earlier decision that gave Mr. Lamptey’s mansion at East Legon to his ex-wife as they fought over the property in their divorce settlement which has spanned over 3 years.

The judgment takes effect from tomorrow, April 5, 2022 which means the former footballer can move into the house he was ejected from some years ago, tomorrow.

Speaking on Angel Tv, Odartey Lamptey who in 2021 vowed to evict his ex-wife Gloria Appiah from his mansion at East Legon after her appeal to own Odartey Lamptey’s plush East Legon was dismissed had these words to say;

“This is a house I bought for $100,000 around 1998/1999 while playing in Germany so you can imagine. I was given one hour to leave the house when my ex-wife filed for divorce. I’m extremely happy at this new ruling”