DOLLAR IS ALMOST 8 CEDIS AND BAWUMIA AND HIS PEOPLE ARE CLUELESS, WHAT A TIME- Lydia Forson

Actress and socio-political activist, Lydia Forson has registered sadness over the exponential increase of the Ghana cedi against the American dollar under the current administration led by President Akufo Addo and his Vice, Mahamudu Bawumia.

The highly opinionated social media influencer wonders why the Vice President Ghana who happens to be the head of Ghana’s Economic Management Team and his background as economist and banker has failed woefully to do anything about it except to speak big English.

Lydia in a latest tweet observed that under the previous government under John Dramani Mahama, Ghanaians were very angry when the cedi neared 4 cedis against the dollar.

Presumably, she wants the same energy to be directed in avalanche to Bawumia and his bunch of incompetent team who only know to maneuver their way out of the mess with big grammar.

“What a time! I still remember when the dollar was heading to almost GH4 under the previous government. The way we bore! Now a dollar is almost GH 8 and our economic gurus who held conferences with PowerPoints haven’t been able to do much but still speak bl3.” 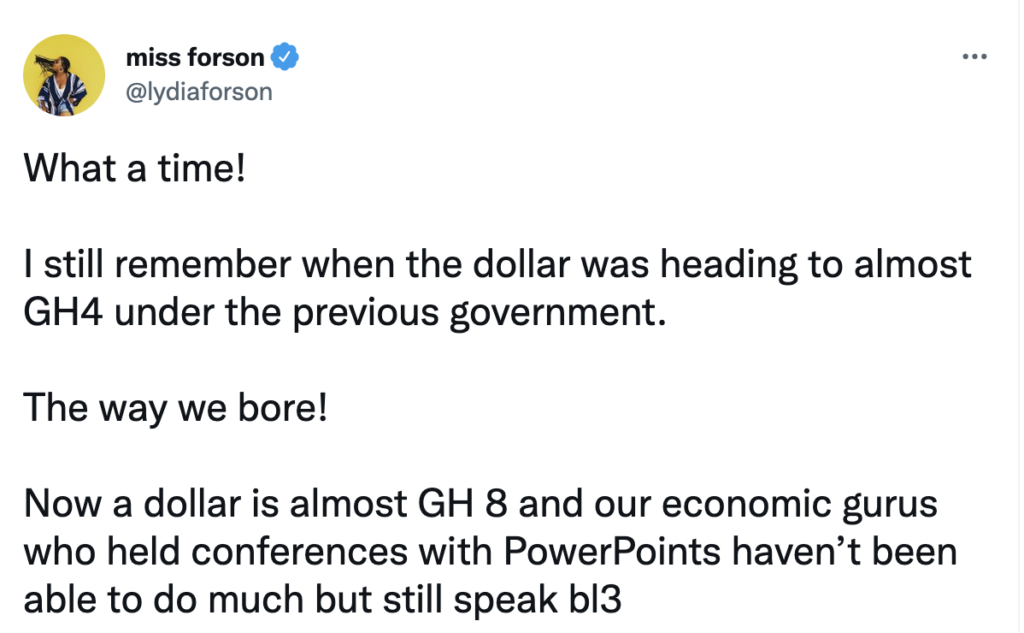