THE VAG!NA THAT CAN BIRTH A MAN CAN KILL A MAN – Prince David Osei Cautions Men

Ghanaian actor, producer and businessman, Prince David Osei has thrown a word of caution to his fellow men over a woman’s honeypot.

Prince David Osei took to his Instagram page and pointed out that men have died and killed for the vag!na and despite it being the place where a man is birthed, it can also lead to someone’s death.

According to him, the vag!na cannot be defeated and advised men not to die a foolish death.

His post read: ‘The same v*gina that can birth a man can kill a man! Don’t die a foolish death my guy..the V*gina can never be defeated’

The post saw reactions from fellow celebrities like Elikem and Edem with Edem appearing to be on a different wavelength. 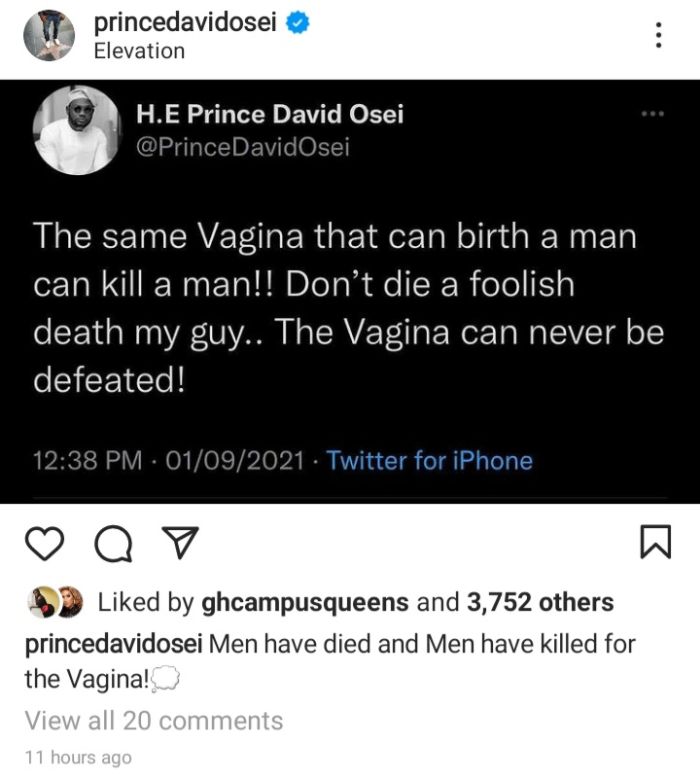