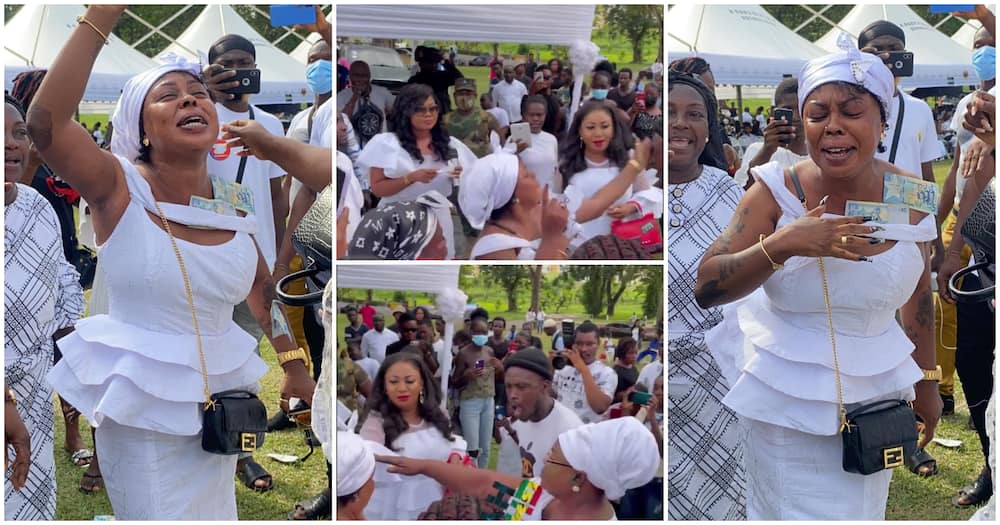 Over the weekend, the Ghanaian socialite held an extravagant funeral for her late father. The star-studded ceremony happened on the KNUST campus and it witnessed a dirty slap drama that left netizens in shock.

During a performance by Empress Gifty at the funeral, Afia Schwarzenegger was dancing whilst the likes of Stacy Amoateng was spraying cash on her and a young man approached the scene.

It’s quite unclear what he did or said but the cameras captured Afia Schwarzenegger throwing a hot slap on his face among the crowd.

The young man became stunned at the moment. Diamond Appiah who was at the scene calmly directed him not to react and he walked away.

It has also been discovered that he is a member of the band that was playing for Empress Gifty to sing as after the slap drama, he went back to join the band to play. It is still unclear what caused the slap but the video has been trending on social media.