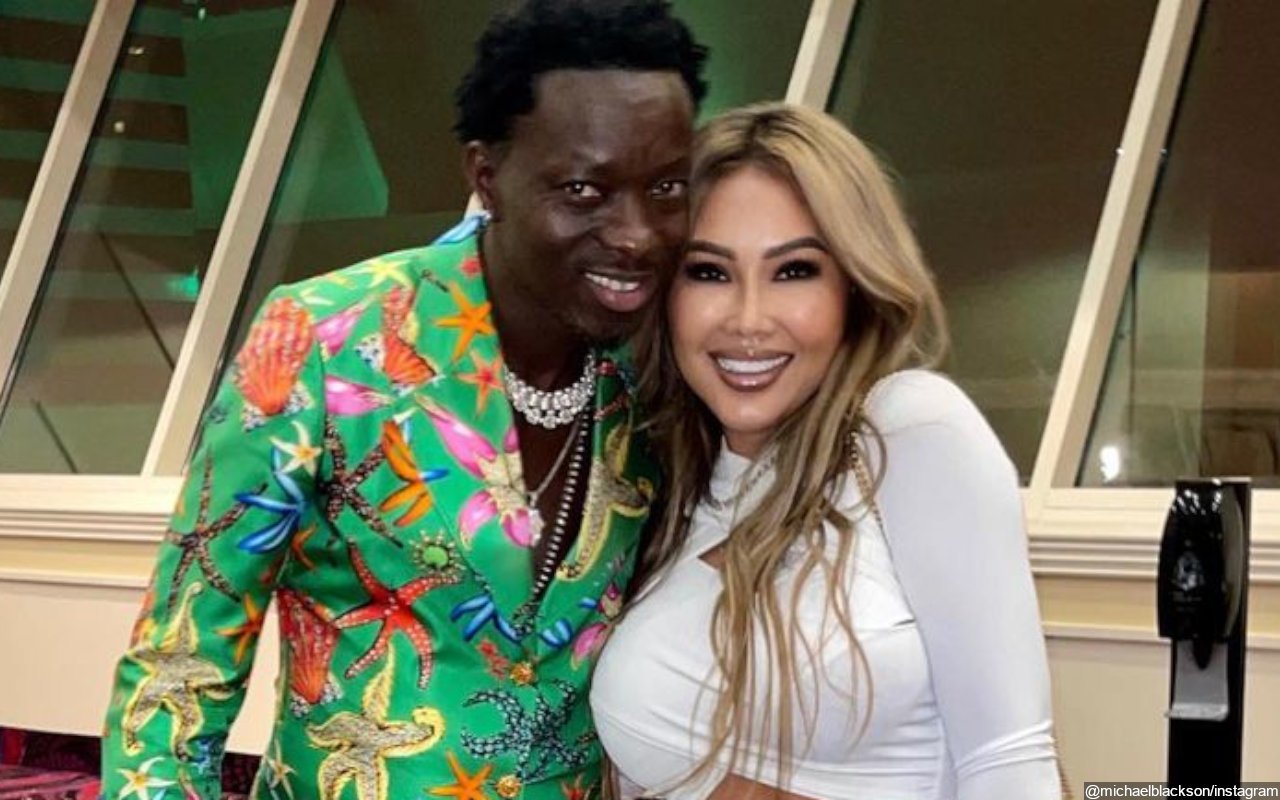 Comedian Michael Blankson is leaving the life of many guys after the woman he intends to marry revealed in a new podcast that she allows him to sleep with one side chic every month.

His woman, Miss Rada said she came by this decision because she wants to pump excitement into the relationship.

In her words, her previous relationship was so boring and not wanting to have this one go through the same cycle, so she decided to give Mike the freedom to do whatever he wants.

On the other hand, when Blackson was asked if he will permit Rada to be with other guys just as she has done for him, he said he will never allow her to have affairs with men but added that she is free to get intimate with other women.

Michael Blackson was born in Liberia to a Ghanaian father and Liberian mother. He spent his young years in between Monrovia and Ghana before relocating to the United States in the mid-1980s. His father died in 2008.

Michael lived in Newark, New Jersey when he was 13, and then settled in Philadelphia, Pennsylvania when he was 15. He began pursuing comedy after his coworker at Domino’s suggested he start open mic.