Shatta Wale has set Twitter on fire after he shared a series of tweets telling his fans not to be shy in rocking brands that are not original.

He then admitted that he used to rock fake products which he described as ‘banku’ herein when he was still a newbie in the industry and struggling to be commercially successful as an artist before he got to this level where he can afford to buy everything.

His comment closely follows on the heels of an earlier comment his buddy Sarkodie made wherein he mentioned that his fans should avoid wearing fake products shortly after a tweep advertised his business online saying he’s selling sneakers worth ₵300.

“You can wear fake certain times in life which is allowed because of situation but don’t live a fake life broo ..niggas can roast u up.”

“I just hear your king sark news from konko Sheldon my best friend Rolling on the floor laughing and I think at this point we need an apology from kabutey to every fan,” he wrote. 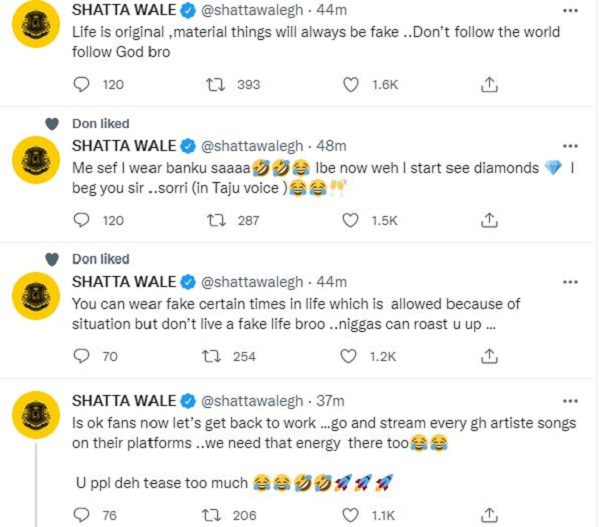