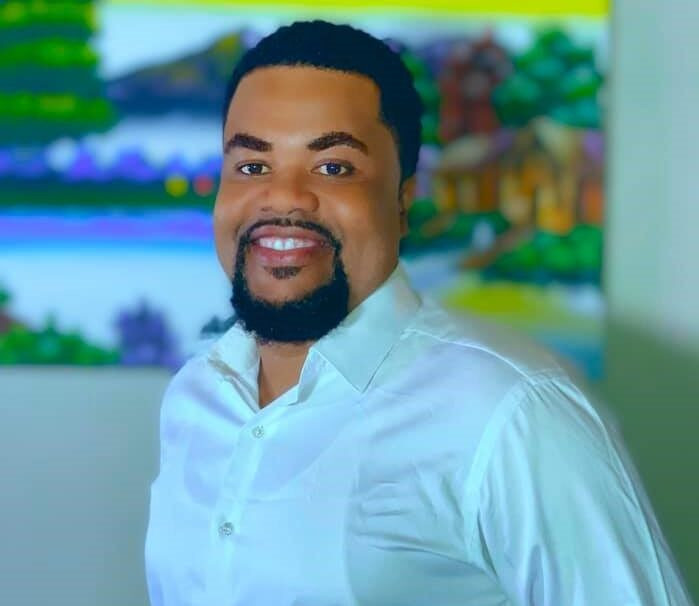 Former Hiplife star and producer, Morris Babyface has painted grotesque imagery about the life of celebs in a new post on Facebook while using people who look up to celebs never to aspire to become like them.

In a post that has since earned a measure of attention on the internet, Morris who is famous for producing several hit songs in the past and featured on Sydney’s smash hit ‘African Money’, said a lot of celebs are in hell and crying already.

In his words, a lot of celebs live in hell but come to social media to flaunt fake lifestyles.

Here’s what he posted; He admitted his post might appear foolish but it wields much truism on the inside.

If you want to become a celebrity by all means, don’t forget this,There’s a price to pay..Most celebrities are secretly living in hell and are thus, always crying..forget about how they appear publicly..most of them wish they knew what they know now, that, when you get to the top, there’s nothing there..this post may sound foolish to those who careless.. they shall go ahead tailing fame till they are trapped..All news is old news happening to new people..only the wise shall learn from other people’s mistakes..

The blessing of the LORD makes one rich, And He adds no sorrow with it..Jesus Christ loves you! 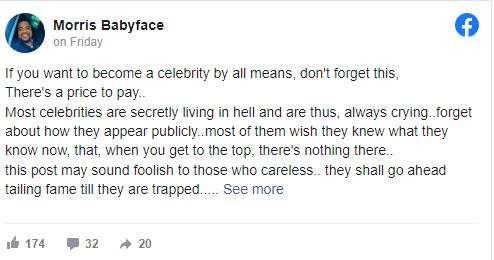