Per Africa Fact Zone, their findings revealed that Ghanaian men are the most faithful men in West Africa.

It is not how they arrived at this conclusion should we consider the research method they applied but statistics revealed that 30% to 60% of married couples cheat on their spouse at some point in their marriage.

Although they failed to make public the percentage or ratio of their findings, but from what they have gathered in their closet, they unanimously agreed.

They made this pronouncement on their official Twitter page and it reads in the screenshot provided below; 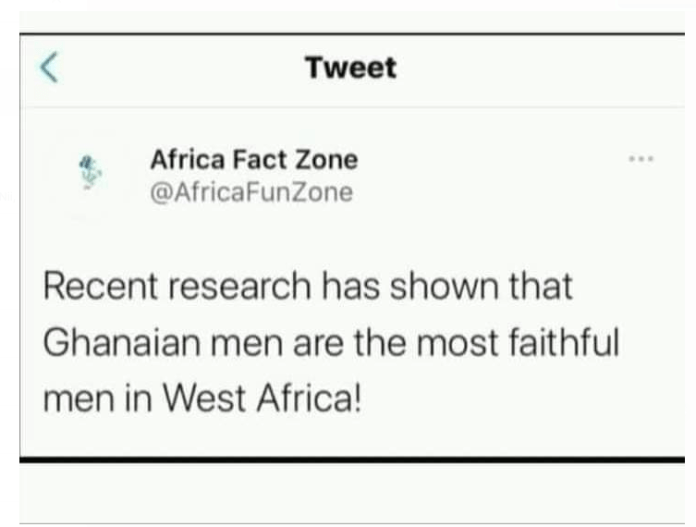